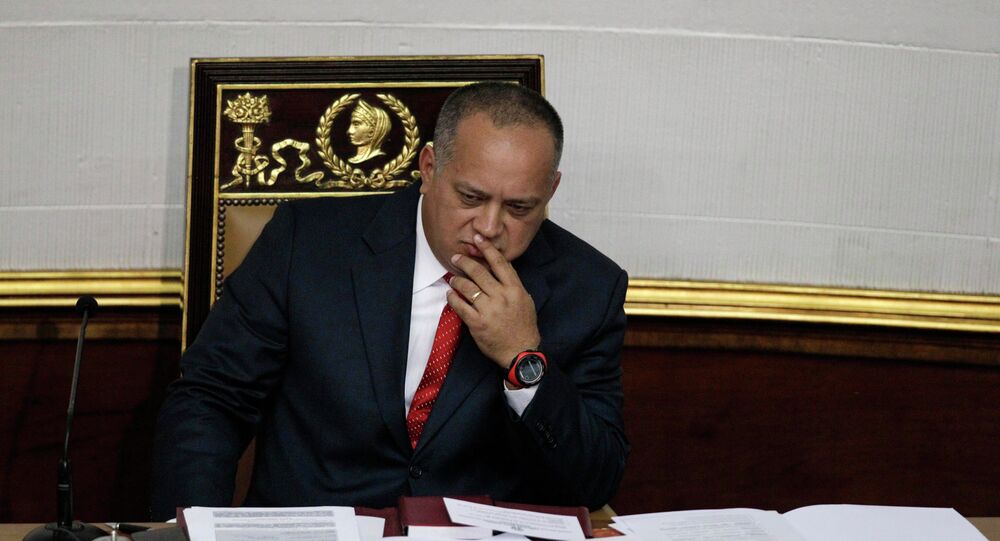 "The National Constituent Assembly has decided to continue to meet and function at least until 31 December 2020, in order to continue fulfilling the tasks entrusted", he wrote on Twitter.

Originally elected in 2017 to draft a new constitution, the parliament was supposed to work until August 2019, but last year, Cabello said he could not rule out that this temporary authority could extend its work for several years.

The country has also an opposition parliament headed by Juan Guaido, who illegally declared himself the interim president of Venezuela.

© REUTERS / CARLOS BARRIA
Activists to Protest US Seizure of Venezuela Embassy in Washington on Saturday
Washington and its allies endorsed Guaido and called on Venezuelan President Nicolas Maduro to step down. Guado is not recognized by nearly three-fourths of UN member states. Moreover, the United States seized billions of dollars’ worth of Venezuelan oil assets.