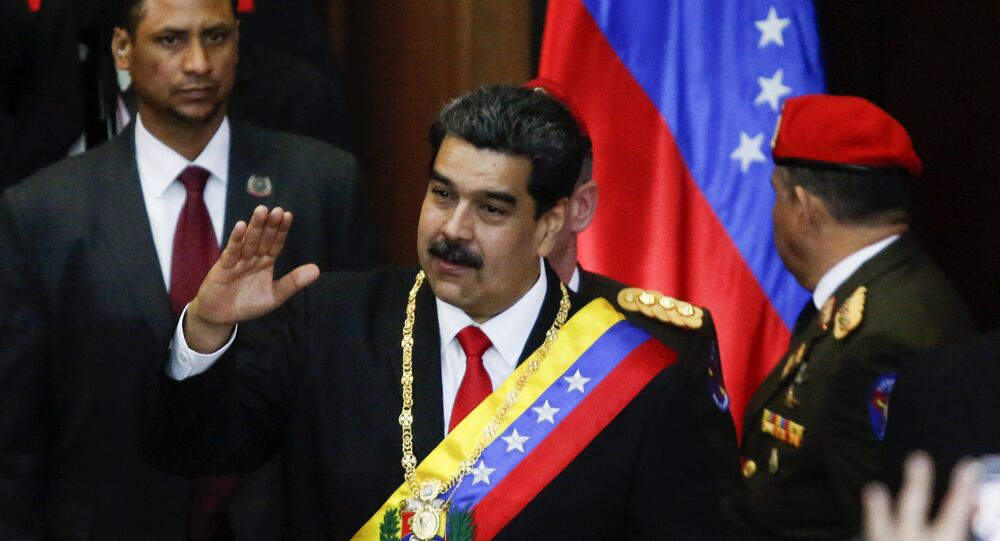 ICG Mission Met With Maduro, Guaido as Part of High-Level Talks in Caracas

MOSCOW (Sputnik) - The political mission of the EU-backed International Contact Group (ICG) has met with both Venezuelan President Nicolas Maduro and the country's opposition leader Juan Guaido as part of high-level meetings that it has been holding in Caracas on Thursday and Friday, the bloc's press office told Sputnik.

"On 16 and 17 May a political mission of the International Contact Group is taking place in Caracas. Meetings with all national relevant actors are being held at the highest level, including both, Nicolas Maduro and Juan Guaido, with whom the ICG political mission met yesterday," the EU press office said.

Earlier, Nicolas Maduro released a video of his first-ever meeting with the representatives of the International Contact Group. An anchorperson said in the video, recorded by the VTV broadcaster, that the high-level meeting had been held for the first time and had included the representatives of Germany, France, Italy, Portugal, Spain and the Netherlands.