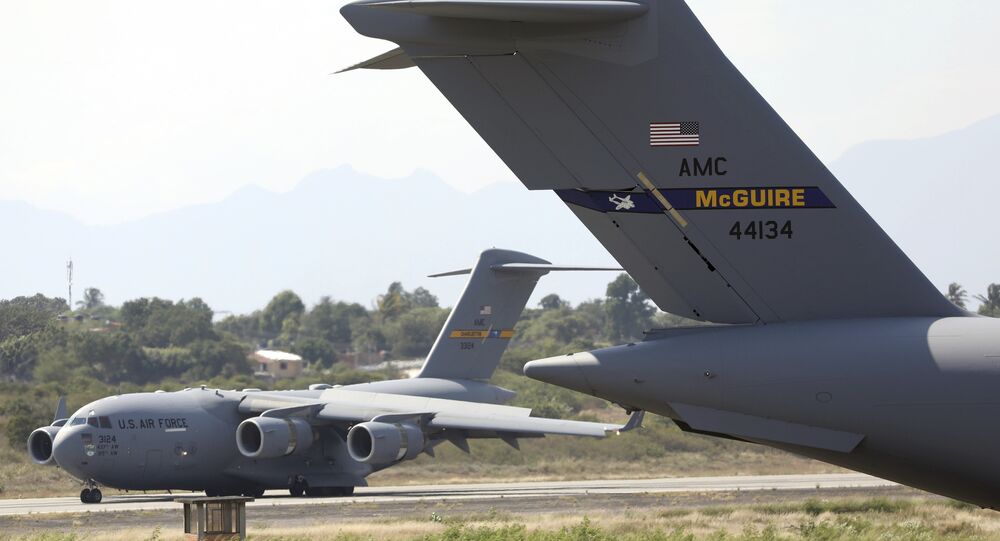 The South American state has recently been suffering from a severe political crisis, which has been gravely worsened by the imposition of American sanctions and Washington's support for the self-proclaimed interim president and opposition leader, Juan Guaido, who is accused of attempting a coup in the country.

The US Department of Transportation has ordered that all air travel between the US and Venezuela, including passenger and cargo flights, be suspended, citing the alleged violence around Venezuelan airports caused by the ongoing political crisis.

The suspension came following a request from the Department of Homeland Security. The DHS argued that the situation in the Latin American state threatens the safety of "passengers, aircraft, and crew traveling to or from" Venezuela.

The political situation in Venezuela rapidly destabilised after opposition leader Juan Guaido proclaimed himself an interim president of the country and called for ousting democratically elected President Nicolas Maduro. The US and a number of other Western states have supported Guaido's claims, while Russia, China, Turkey, and numerous more countries have condemned the move and supported Maduro.

At the end of April 2019, Guaido attempted to organise a coup, calling on the country's military to join him in an effort to overthrow Maduro, but his efforts ultimately failed. After the failed attempt, several opposition figures fled the country, while the Venezuelan Army pledged loyalty to the elected president.

Maduro has slammed Guaido as a US puppet, stating that he is a tool in Washington's efforts to forcibly change the government in Venezuela. He namely accused the opposition leader of being involved in US-organised sabotage at Venezuela's largest power plant, which led to country-wide blackouts that lasted for weeks.

At the same time, the US officials repeatedly noted that Washington hasn't ruled out a "military option" in resolving the Venezuelan political crisis. Juan Guaido also hasn't ruled out such an option and has even requested consultations with the US Southern Command.