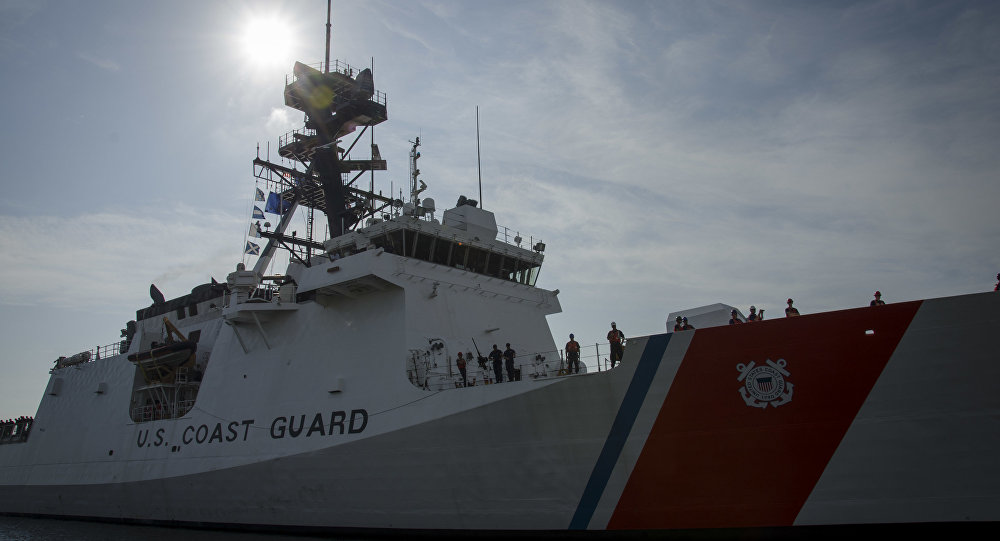 US Vessel Leaves Venezuelan Waters After Communicating With Country's Navy

BUENOS AIRES (Sputnik) - A US ship entered the Venezuelan waters, but changed course after communicating with the Venezuelan Navy, the agency said on Friday.

The USCGC James was first noticed by the Venezuelan armed forces on Wednesday. On Thursday, a Venezuelan patrol ship approached the US vessel and convinced it to change course.

"After our radio communications, the USCG James became convinced in the necessity to change its course and left our waters", the Navy said in a statement.

The USCGC James belongs to the United States Coast Guard. Some netizens have tracked the alleged presence of the US vessel in Venezuelan waters.

US Southern Command (SOCOM) said in a statement on Tuesday that the US Navy hospital ship Comfort will be deployed next month to the Western Hemisphere to provide support for regional countries in response of the crisis in Venezuela.

SOCOM did not specify, however, which countries the Comfort would visit but said details would be announced at a later time. SOCOM said the hospital ship would be deployed to the Caribbean, Central America and South America to conduct humanitarian medical assistance missions.

© Sputnik / Esther Yáñez Illescas
Venezuela Reopens Land Border With Brazil, Traffic With Aruba Island
Venezuela has been plunged into severe unrest since January, after US-backed opposition leader Juan Guaido proclaimed himself interim president. His bid is recognized by the majority of Latin American countries as well as many EU states, while Russia and China recognize Venezuelan President Nicolas Maduro as the only legitimate leader to the country.

READ MORE: Guaido Says He Might Agree to US Military Intervention To Solve Venezuela Crisis