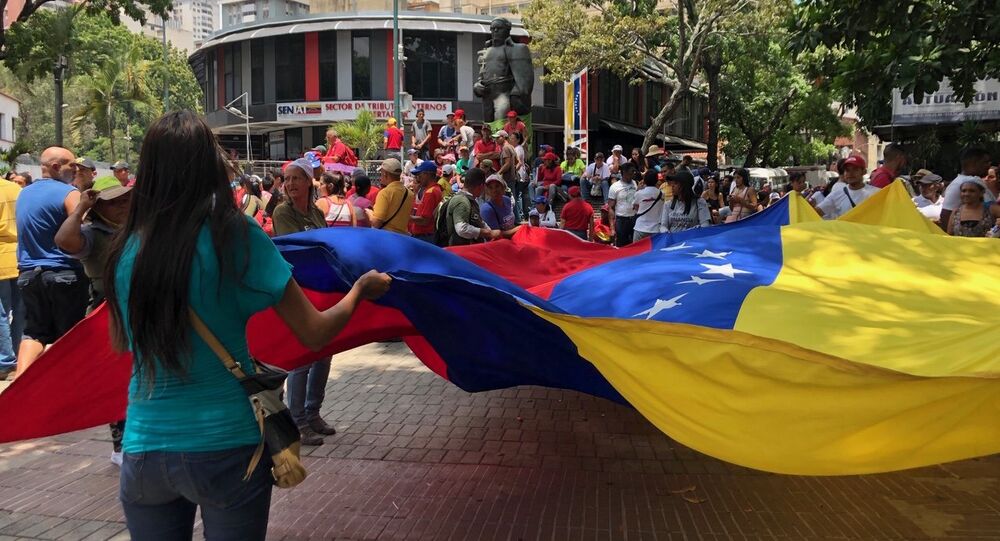 BUENOS AIRES (Sputnik) - Caracas has decided to reopen Venezuela's land border with Brazil, as well as aviation and sea traffic with Aruba, a Dutch island in the Caribbean, but keep borders with Colombia closed, the country’s Vice President Tareck El Aissami said on Friday.

"President [Nicholas] Maduro has informed the international community about the opening of the land border with Brazil starting today. We will establish border control that will strengthen economic cooperation and benefit the two peoples," he said.

© AP Photo / Fernando Llano
Guaido Says He Might Agree to US Military Intervention To Solve Venezuela Crisis
The borders with the aforementioned countries and territories were closed in February as Venezuelan opposition tried to force US-sponsored aid into Venezuela through borders with Colombia and Brazil on the same month, provoking clashes between Venezuelan military and pro-aid protesters.

Venezuelan authorities ban the entry of unauthorised aid, believing that Washington wants to use it to arm opposition and oust the Maduro government from power.

The political standoff in Venezuela escalated on 21 January when Guaido proclaimed himself interim leader of the country, in what was supported by a number of countries, including the US.