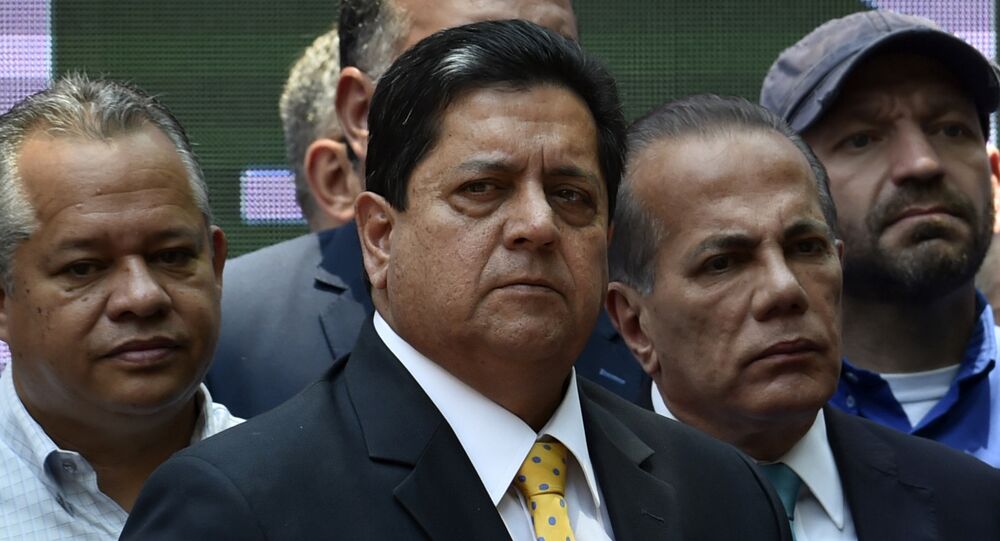 On Wednesday, the deputy speaker of the opposition-controlled National Assembly, Edgar Zambrano, was apprehended by intelligence agents for his support of the failed uprising orchestrated by the country's self-proclaimed president, Guaido.

Venezuela's Supreme Court has decreed to put the deputy speaker of the National Assembly, Edgar Zambrano, in pretrial detention at a military jail in the capital Caracas.

The court said that Zambrano was imprisoned over treason, conspiracy and civil rebellion.

The deputy speaker was arrested in the wake of the failed coup-d'etat in the country instigated by opposition leader Juan Guaido.

Previously, US Secretary of State Mike Pompeo demanded that Zambrano be immediately released, calling his detention ‘unacceptable and illegal'.

© Sputnik
Trump Questions Cabinet After Three Failed Attempts To Oust Maduro In Venezuela
The crisis in Venezuela escalated in January when Guaido proclaimed himself the country's interim president and was recognised by the United States and dozens of other nations.

Guaido attempted to oust Maduro on 30 April, staging a demonstration in front of the La Carlota military base in Caracas. However, the attempt failed and the office of the Venezuelan prosecutor general requested 18 arrest warrants be issued in connection with the coup attempt.