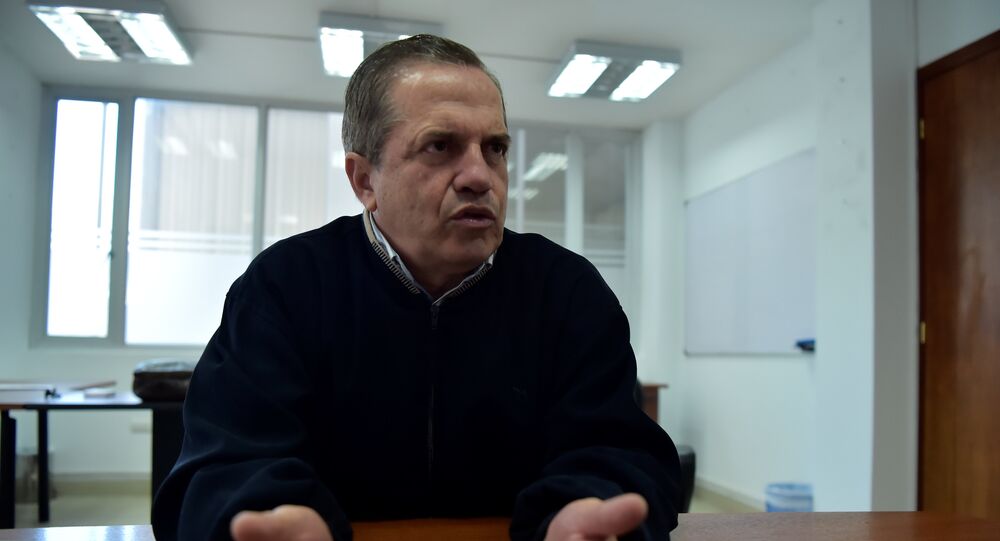 MOSCOW (Sputnik) - A court in Ecuador has revoked the decision on pre-trial detention of ex-Ecuadorian Foreign Minister Ricardo Patino, known to be a supporter of WikiLeaks founder Julian Assange, ruling that Patino should pay a bail of $50,000 to avoid detention.

"The judge has granted the motion to set a bail of $50,000 for ex-foreign minister, Ricardo P.," the prosecution said in a statement.

The Ecuadorian attorney general has pledged to continue investigation in order to prove Patino's guilt.

An Ecuadorian judge requested in mid-April the Interpol to detain Patino, who reportedly had left the country following Assange's arrest in the Ecuadorian Embassy in London. Patino, who served as the foreign minister under the previous government between 2010 and 2016, is charged with instigation and is also suspected of having links to Assange's associates. The instigation charge is based on Patino's statement, made last fall, in which he called on his supporters to take over public institutions and protest against the government of President Lenin Moreno.

The Ecuadorian Interior Ministry has claimed that an important WikiLeaks member, who is a close associate of Assange, has travelled to Colombia, Spain and Venezuela with Patino.

© AP Photo / Gareth Fuller/PA via AP
Julian Assange Won't Survive Extradition to US, Pamela Anderson Fears (VIDEO)
Assange was arrested in the UK capital on 11 April, after Ecuador revoked his asylum status. He was then sentenced to 50 weeks in jail for jumping his bail back in 2012, when he took refuge inside the Ecuadorian Embassy in London to avoid extradition to Sweden over a sexual assault investigation that has since been dropped. The United States is seeking Assange's extradition on charges of conspiracy to commit computer intrusion.