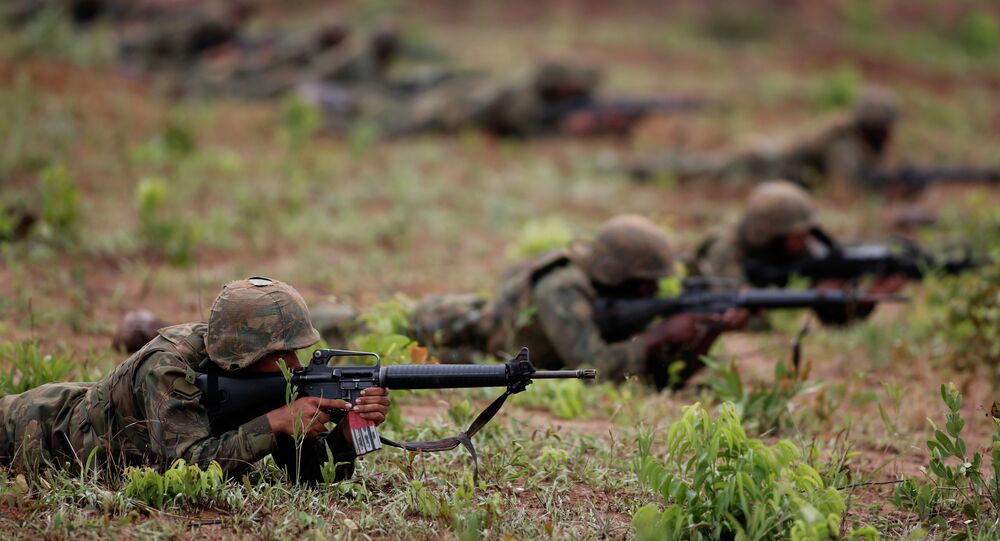 US President Donald Trump said in a statement issued by the White House on Wednesday that the decision to recognize Brazil as a major non-NATO ally comes due to "Brazil's recent commitments to increase defense cooperation with the United States".

During a meeting with his Brazilian counterpart, Jair Bolsonaro, at the White House in March, Trump said that he was considering Brazil's membership in NATO.

However, article 10 of The North Atlantic Treaty, signed in Washington in April 1949, stipulates that the alliance's members may only invite European states to accede to the treaty.

NATO is currently comprised of 29 member states. According to the North Atlantic Treaty, NATO membership is open to "any other European state in a position to further the principles of this Treaty and to contribute to the security of the North Atlantic area".

US National Security Adviser John Bolton has confirmed Brazil’s designation and has said that the bilateral cooperation would focus on Venezuela, Iran, and China.

"That's not a hypothesis we're considering. Brazil is looking forward to a peaceful and swift solution to the crisis in Venezuela". Azevedo said.

Large-scale protests against Nicolas Maduro sparked in Venezuela on 21 January soon after he was sworn in for a new term. Juan Guaido proclaimed himself an interim leader of the country. A number of Western countries, including the United States, backed his claim. Maduro, in turn, has accused the United States of trying to orchestrate a coup in order to install Guaido as its puppet. Russia, China, and a number of other countries have voiced their support for constitutionally-elected Maduro as the only legitimate president of Venezuela.

Amid the events, which Caracas has repeatedly described as a failed coup attempt, Bolton reiterated that "all options are on the table" with regard to Venezuela, adding that Washington hopes to see a peaceful transfer of power.