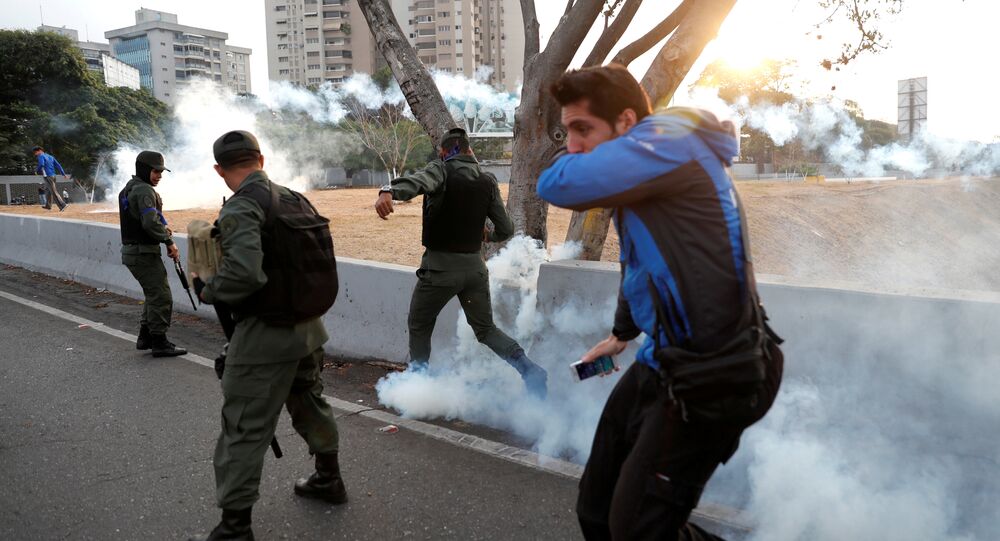 SAN JOSE (Sputnik) - The recent events in Venezuela demonstrate the lack of a political horizon that could bring an end to the ongoing crisis in the Latin American country, EU foreign policy chief Federica Mogherini said Monday.

"The recent events are the result of desperation and the lack of a political horizon that can end the current crisis, and confirm the urgent need for a political and peaceful process that leads to a democratic and Venezuelan solution", Mogherini said at the opening of the two-day meeting of the International Contact Group (ICG) on Venezuela in the Costa Rican capital of San Jose.

The EU foreign policy chief stressed that the main priority of the ICG was to avoid an escalation, to prevent repression and greater violence, and also to preserve the space to establish a political process.

"The solution must be Venezuelan, but the international community has the duty and responsibility to facilitate that solution without any interference and without any form of military deployment", Mogherini added.

© REUTERS / Mandel Ngan/Pool
Lavrov on Possibility of Military Intervention in Venezuela: Nothing of the Kind (VIDEO)
Mogherini also stressed that it was essential for the ICG to reinforce the existing bridges with key international actors, such as the United Nations, Vatican, the Lima Group and the Caribbean Community, to reinforce a common understanding and to clear the way for a political, peaceful and democratic solution.

Guaido called on the people of Venezuela, and the army to take to the streets in order to complete the process of overthrowing Venezuela's legitimate president. Maduro responded by reaffirming that commanders of all regions and zones of integral defence had reiterated their full loyalty to the current regime.

Meanwhile, US National Security Adviser John Bolton reiterated that "all options are on the table" in regards to Venezuela adding, that Washington hoped for a peaceful transfer of power.

© AP Photo
Pentagon Chief Talks Venezuela Options With Bolton, Pompeo, Says No Chance of Iraq-Like Intel Blunder
The situation in Venezuela remains tense since January when Guaido illegally proclaimed himself an interim president. Washington immediately endorsed Guaido, called on Maduro to step down, and seized billions of dollars worth of the country's oil assets.

A number of high-ranking US officials have repeatedly stated that all options remain on the table with regard to the Venezuelan crisis, including a military operation. Russia, China and a number of other countries have voiced their support for constitutionally elected Maduro as the only legitimate president of Venezuela.