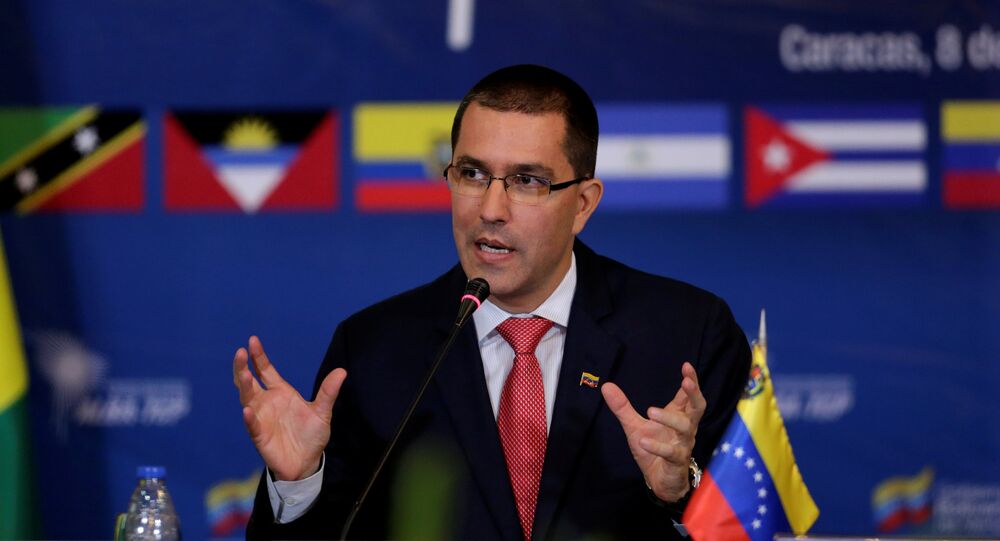 Venezuelan Foreign Minister Jorge Arreaza held a press conference at the Venezuelan Embassy in Moscow, a day after meeting with his Russian counterpart Sergei Lavrov.

According to Jorge Arreaza, the number of Russian military specialists in Venezuela could be boosted considering the situation in the Latin American country.

Previously, the minister stated that a coup against the legitimate government had failed, while Lavrov, for his part, reaffirmed Moscow's support for the people of Venezuela and for President Nicolas Maduro, also expressing hope that Washington would abstain from using force to influence the situation in the Latin American country.

Arreaza visited Moscow after on 30 April, the Venezuelan opposition carried out a new attempt to overthrow the government of Nicolas Maduro. At least 300 people were injured in violent rallies after opposition leader Juan Guaido urged the military to support the protests. The troops, however, remained loyal to the legitimate president.

© AP Photo / Andrew Harnik
Republican Sen. Urges Hearing on Potential US Military Intervention in Venezuela
After the coup failed, US Secretary of State Mike Pompeo said that "military action is possible", and that "if that's what's required, that's what the United States will do".

The situation in Venezuela has remained tense since January when Guaido proclaimed himself "interim president". Washington immediately supported Guaido, called on Maduro to step down, and seized billions of dollars' worth of the country's oil assets.