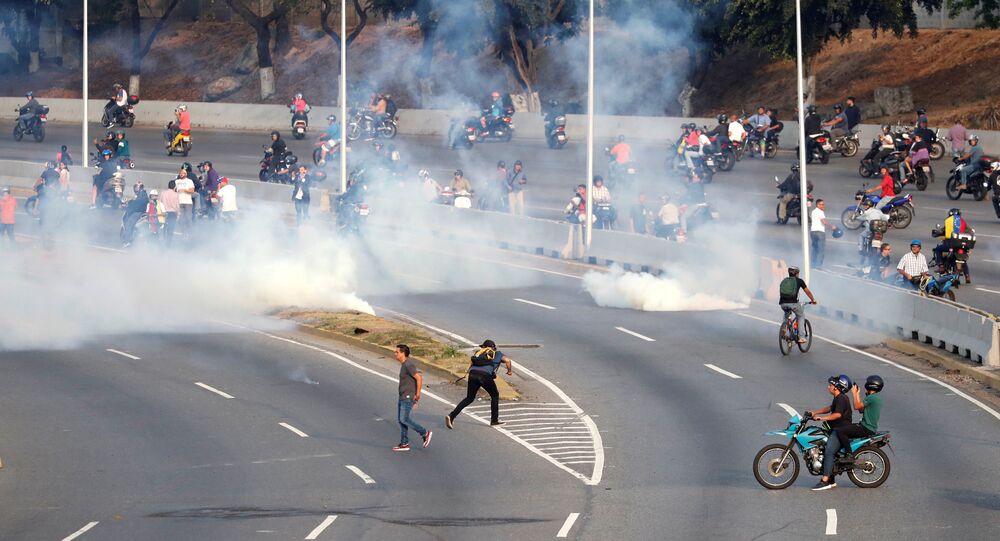 MEXICO CITY (Sputnik) - Venezuelan Prosecutor General Tarek William Saab said that his office had requested for 18 arrest warrants to be issued in connection with the opposition’s recent coup attempt.

"We have requested 18 arrest warrants for civilians and military involved in the conspiracy. Seventeen searches have been carried out, and evidence was collected that led us to a larger group of people. Many of those detained are now giving testimony," Saab said in a statement, published by his office on Friday.

According to Saab, opposition politician Leopoldo Lopez, who escaped house arrest earlier in the week and finally took refuge at the Spanish ambassador’s residence in Caracas, is one of those standing behind the coup attempt.

© AP Photo / Miraflores Press Office / Jhonn Zerpa
Trump ‘Asking Questions on Reliability’ of US Intel on Venezuela – Report
He also noted that three prosecutors had been appointed to investigate the coup attempt.

On Tuesday, the Venezuelan opposition, led by US-backed self-proclaimed president Juan Guaido, initiated a fresh attempt to oust President Nicolas Maduro, staging a demonstration in front of La Carlota military base in Caracas. The coup attempt turned violent and resulted in some 240 people injured, according to the Office of the UN High Commissioner for Human Rights.

Venezuela has been rocked by unrest since January, when opposition leader Guaido proclaimed himself the country’s interim president and was recognized by the United States and 54 other nations.

Maduro, recognized by China and Russia among numerous other countries, has accused the United States of seeking to overthrow his government and install Guaido in a bid to get hold of Venezuela’s natural resources.