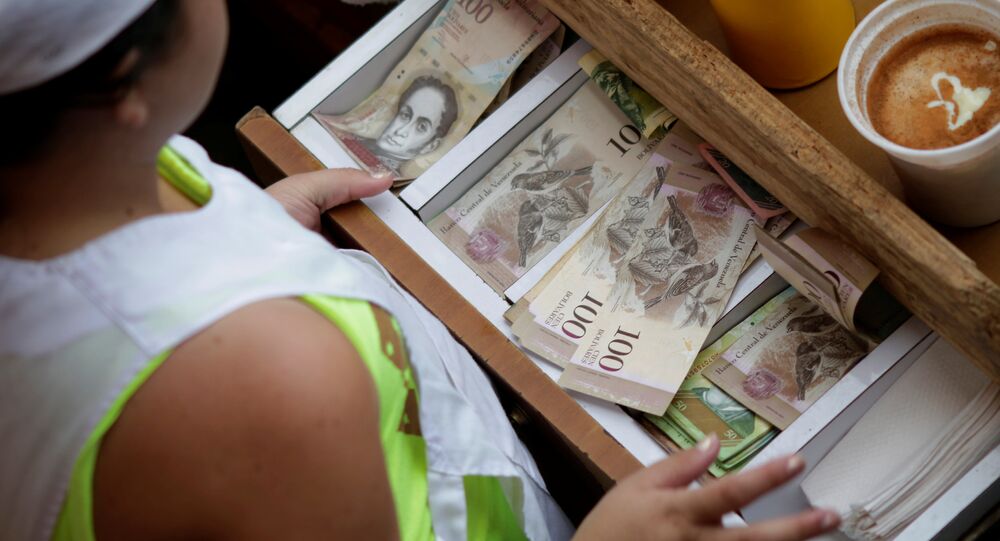 The agreement to print money for Venezuela was not brokered directly between Venezuela and Brazil's respective mints, but rather subcontracted via an unnamed multinational company.

The newspaper notes that the money-printing contract was signed in 2018 and expired in March this year, with Brazil’s mint revealing that the agreement was not made directly with Caracas but rather via a subcontract by an undisclosed "multinational company".

Brazil, along with a number of other Latin American states, has joined the United States in supporting the efforts of Venezuelan opposition leader Juan Guaido, who proclaimed himself the country’s interim president in January, and since then, made repeated attempts to oust Venezuela’s President Nicolas Maduro.

Guaido’s efforts culminated in a failed coup attempt on 30 April when he gathered his supporters in Caracas in front of the La Carlota military base, announcing that the so-called "Operation Freedom" campaign to oust the legitimate government had started its "final phase," and called on the military to turn against Maduro.

This move was criticised by Brazilian Vice President Hamilton Mourao, who described it as premature and expressed concern about the possibility of a civil war erupting in Venezuela.