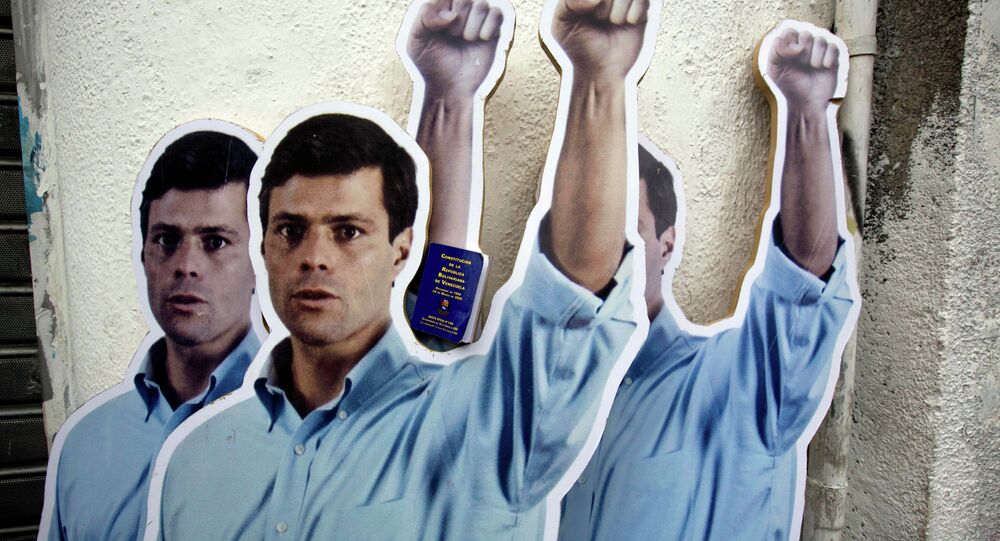 Spain has been home to a number of Venezuelan opposition politicians, including former Caracas mayor Antonio Ledezma, who escaped from house arrest in Caracas in November 2017. Lopez’s father also lives in Spain and holds the kingdom’s citizenship.

"Lopez has been at the residence of the Spanish ambassador after his release from house arrest. Under Spanish law, an asylum application must be lodged from Spanish territory. Mr. Lopez is not a refugee, he is just a guest of the embassy until his next steps have become clear. He has not applied for asylum," Borrell told the EFE news agency.

In 2015, Lopez was sentenced to 14 years in prison for having a role in the 2014 violent protests, which claimed the lives of over 40 people. Since summer 2017, he was held under house arrest. On Tuesday, Lopez escaped house arrest with the help of another Venezuelan opposition politician Juan Guaido, who had earlier illegally proclaimed himself the country’s president. Upon the escape, Lopez with his family first took refuge in the Chilean embassy in Caracas, later they relocated to the Spanish ambassador’s residence in the Venezuelan capital.

Tensions heated up in Venezuela recently after the Venezuelan opposition initiated a fresh coup attempt in a bid to ouster legitimate President Nicolas Maduro. The government, however, subsequently said that the coup attempt had failed.

Meanwhile, US President Donald Trump told Fox Business that the next days may see what he described as lots of developments pertaining to the current situation in Venezuela.