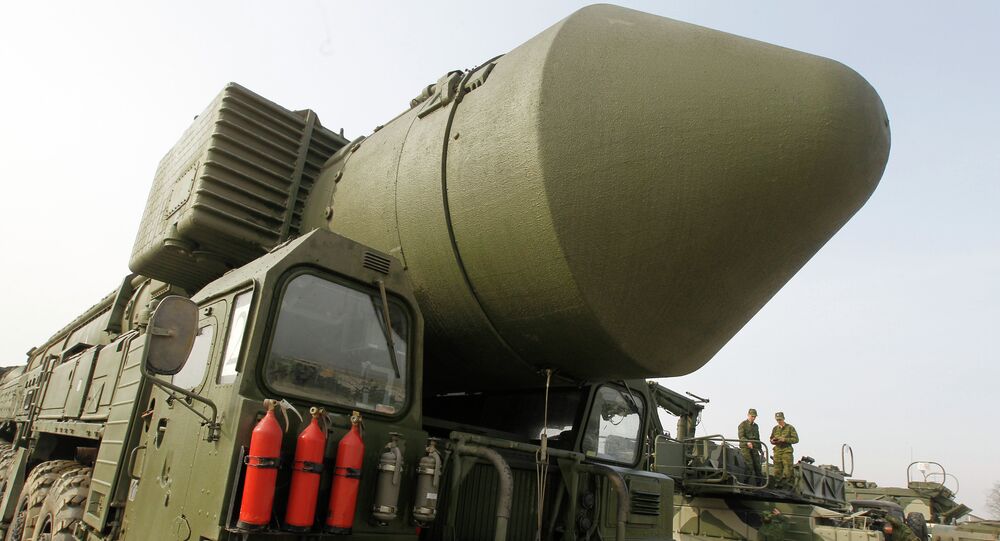 Earlier, US Secretary of State Mike Pompeo reiterated that Washington might use military force against the Latin American country's elected government "if that's what's required."

Republican Congressman Mario Diaz-Balart believes that Cuba, Russia, Iran and China pose a "national security threat to the United States" through their presence in Venezuela.

Asked by Fox News host Tucker Carlson to explain specifically what he meant by this claim, the congressman said that "You have Hezbollah, you have Cuba, you have Iran, you have Russia, you have China there. So imagine if this regime…survives. Is it or is it not potentially a green light, an open door for the Russians, for the Chinese, for others, to increase their activity against our national security interests right here in our hemisphere?"

"Yeah…No? It's kind of hard to see what you're talking about. Are you suggesting that they're going to invade?" Tucker asked.

"No. Look, the United States – the closest we ever came to nuclear war was because the Russians put nuclear missiles in Cuba," Diaz-Balart said.

"Are you suggesting that the Russians are going to put nuclear missiles in Venezuela?" Tucker interjected.

"What I'm suggesting is that they're already there," Diaz-Balart answered, without clarifying whether by "they're" he meant "the Russians" or "nuclear missiles."

© REUTERS / Carlos Garcia Rawlins
Moscow: Aggressive US Steps Toward Venezuela Fraught With Serious Consequences
Tucker, seemingly unfazed, asked "Why should I care if they're there?" with the congressman responding by saying that the US should be concerned about what Russia or China does anywhere around the world, but particularly "in our own hemisphere."

Diaz-Balart's vague language was met with concern online, with many users taking the congressman's words at face value, calling his allegations "absolutely insane" and pointing out that there was absolutely no evidence that Russia has placed nuclear weapons in the Latin American country.

So yeah last night Miami Congressman @MarioDB said some absolutely insane stuff on Tucker, including claiming that Russians with nukes are “already there” in Venezuela waiting to strike the US https://t.co/BuwXhL522h

Wait.. reports from politicians about #WeaponsOfMassDestruction in an oil-rich country?
Now where have I heard that before..

Nothing to see here, just Florida Congressman Mario Diaz-Balart suggesting without evidence that Russia has installed nuclear missiles in Venezuela that pose a grave national security threat to the US https://t.co/CjlNsRduhO

There is currently no evidence to support U.S. Representative Mario Diaz-Balart (Republican-Florida) claim that Russia has placed nuclear weapons in Venezuela. pic.twitter.com/YrLyn38HO8

Some urged the congressman to clarify what he meant, saying his choice of remarks was an example of "why words matter in journalism."

This is why words matter in journalism… is @MarioDB suggesting Russian has nuclear missiles in Venezuela?? If so, where is the proof/evidence? Maybe some clarification @MarioDB?

Hey mario, you have kids? Good because they will be leading the charge in your desired war in venezuela.

The US has repeatedly threatened to use military force in Venezuela, with Secretary of State Mike Pompeo indicating on Wednesday that "military action" remained possible "if that's what's required." Speaking to Pompeo by telephone later Wednesday, Russian Foreign Minister Sergei Lavrov said that "aggressive steps" by the US against Venezuela were "fraught with the most serious consequences."