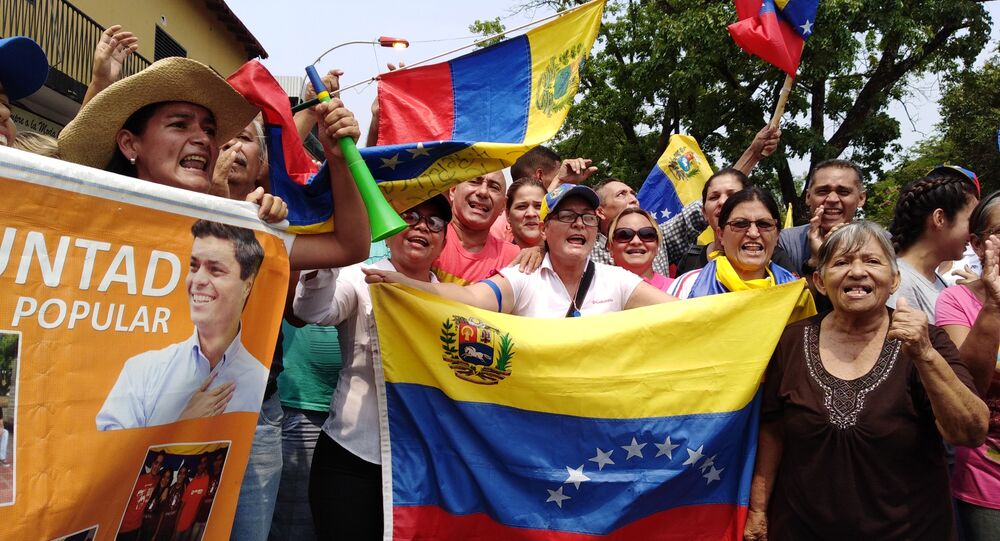 Earlier in the day, Secretary of State Mike Pompeo warned that US military action in Venezuela was "possible," though he said the United States still prefers a peaceful transition of power.

WASHINGTON (Sputnik) — The Pentagon has conducted extensive planning to prepare for any scenario that could unfold in Venezuela, Acting Secretary of Defense Patrick Shanahan said during a congressional hearing on Wednesday.

"We have done exhaustive planning so there's not a situation or scenario that we don't have a contingency for," Shanahan told the House Appropriations Subcommittee.

He added that the United States is addressing the situation in Venezuela with a whole-of-government approach, which is primarily focused on imposing diplomatic and economic pressure. However, the defense chief emphasized that all options were still on the table.

Venezuela is facing a political crisis that began in January, when US-backed opposition leader Juan Guaido proclaimed himself the country’s interim president in a bid to challenge President Nicolas Maduro's re-election. Maduro, supported by China and Russia, among others, accused Guaido of plotting to overthrow him with Washington's assistance.

© REUTERS / Carlos Garcia Rawlins
Moscow: Aggressive US Steps Toward Venezuela Fraught With Serious Consequences
Guaido and his supporters made another attempt to depose Maduro on Tuesday, gathering in Caracas on a highway in front of La Carlota military base. Guaido called on the people of Venezuela and the army to take to the streets to complete the operation to overthrow Venezuela's legitimate president.

In response, Maduro said that the commanders of all regions and zones of integral defense had reiterated their full loyalty to the people, constitution and homeland. According to Venezuelan Defense Minister Vladimir Padrino Lopez, the country's armed forces continue to firmly support the "constitution and legitimate authorities."