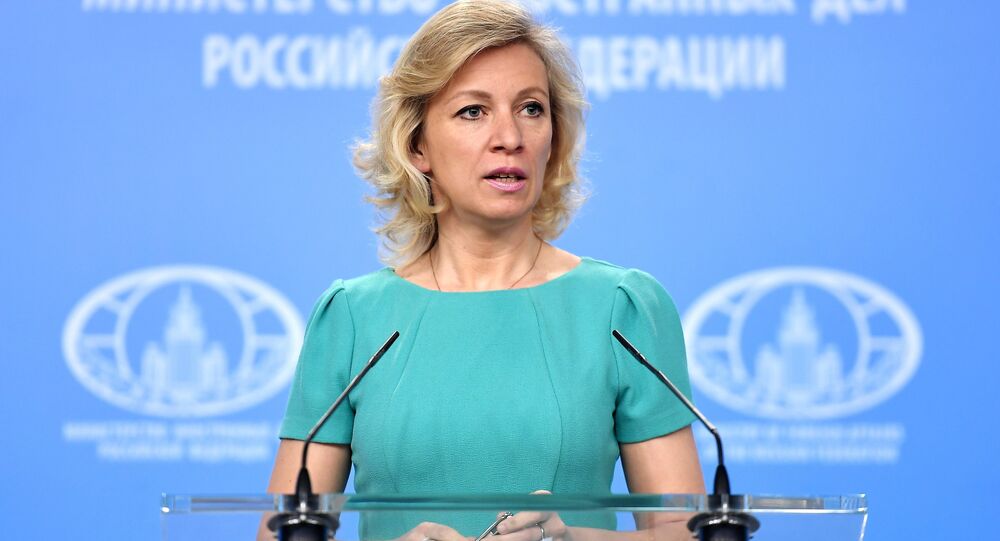 UNITED NATIONS (Sputnik) - The US administration’s actions and aggressive rhetoric on Venezuela have caused the situation there to deteriorate, Russian Ministry of Foreign Affairs Spokesperson Maria Zakharova told reporters on Tuesday amid an attempted military coup in the Latin American country.

“We have been saying since the beginning of the crisis in Venezuela that the threat to use force, Washington’s aggressive rhetoric… and actions that the world is watching are unacceptable because they led to the deterioration of the situation. But in Washington, politicians… do not see the catastrophic situation that they put the country into,” Zakharova said. “The situation is deteriorating.”

She added, “Russia has always been taking the position of non-intervention in domestic affairs of the government, avoiding regime change, especially using force for this.”

Large-scale protests against Maduro began in Venezuela on January 21 soon after he was sworn in for a new term. Guaido proclaimed himself an interim leader of the country. A number of Western countries, including the United States, backed his claim. Maduro, in turn, has accused the US of trying to orchestrate a coup in order to install Guaido as its puppet. Russia, China, and a number of other countries have voiced their support for Maduro as the only legitimate president of Venezuela.