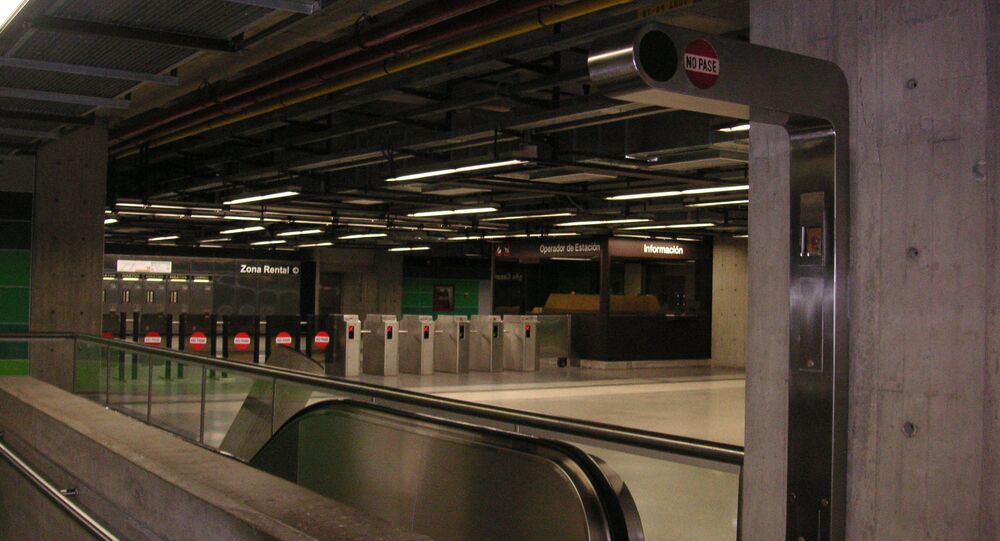 MOSCOW (Sputnik) - The Caracas Metro said on Tuesday it had stopped the operation of three of its four lines for security reasons until further notice amid the attempted coup in Venezuela.

"We inform our users that, for security reasons, three lines of the Caracas Metro system stop servicing until further instructions. We apologize for the inconvenience caused," the metro said on Twitter.

© REUTERS / Carlos Garcia Rawlins
US Signs Off on Coup, Calls on Military to Support Opposition - Venezuela FM
​Earlier in the day, opposition leader Juan Guaido urged Venezuelan civilians and armed forces to take to the streets to help depose President Nicolas Maduro. Guaido added that the military personnel who supported him could expect the people to back them. Venezuelan Defence Minister Vladimir Padrino Lopez said in response that the country's armed forces "firmly support the national constitution and legitimate authorities."

Large-scale protests against Maduro began in Venezuela on January 21 soon after he was sworn in for a new term. Guaido proclaimed himself an interim leader of the country. A number of Western countries, including the United States, backed his claim. Maduro, in turn, has accused the United States of trying to orchestrate a coup in order to install Guaido and take over Venezuela’s natural resources.