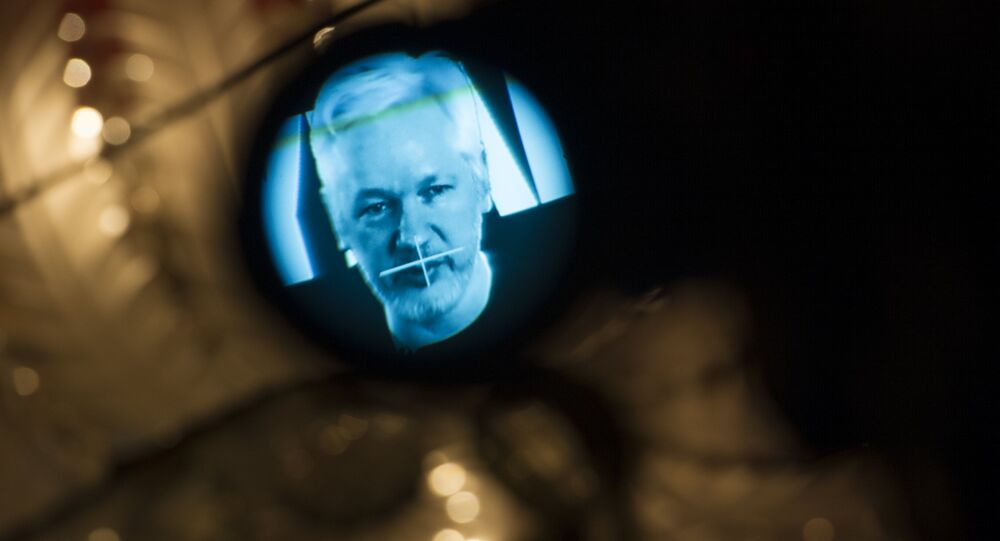 The whistleblower's legal team earlier revealed that several members of the Ecuadorian Embassy's staff had extorted him for money, threatening to otherwise publish Assange's videos and personal documents.

One of Julian Assange's lawyers, Carlos Poveda, has shared that he filed a complaint with the attorney general's office in Ecuador over the country's embassy's alleged spying on his client. Poveda said that embassy staff in London, including diplomats and employees of a security firm, organised surveillance on the WikiLeaks' founder while he was residing in the embassy fearing prosecution and extradition to the US.

Poveda argued that the espionage could have been used to disclose Assange's legal defence strategy, as well as information about his medical conditions.

The information comes in the wake of the WikiLeaks founder's legal team filing a suit against several staffers of the Ecuadorian Embassy in London for allegedly trying to extort $3.3 million from Assange in exchange for not publishing his personal documents and videos.

WikiLeaks' founder Julian Assange was arrested inside the Ecuadorian Embassy after the country revoked his asylum status. The arrest came on charges of Assange's violating his bail conditions and at the behest of US authorities.

Assange spent nearly 7 years in the Ecuadorian Embassy in London. He requested political asylum in 2012 after he was released on bail from a UK court that was reviewing a Swedish request to extradite the whistleblower over rape charges. Assange claimed the charges were politically motivated and were fabricated to have him arrested and extradited to the US.

Washington, for its part, is seeking to prosecute the WikiLeaks' founder after his website released tons of classified documents on the Iraq and Afghan wars and State Department cables in 2010