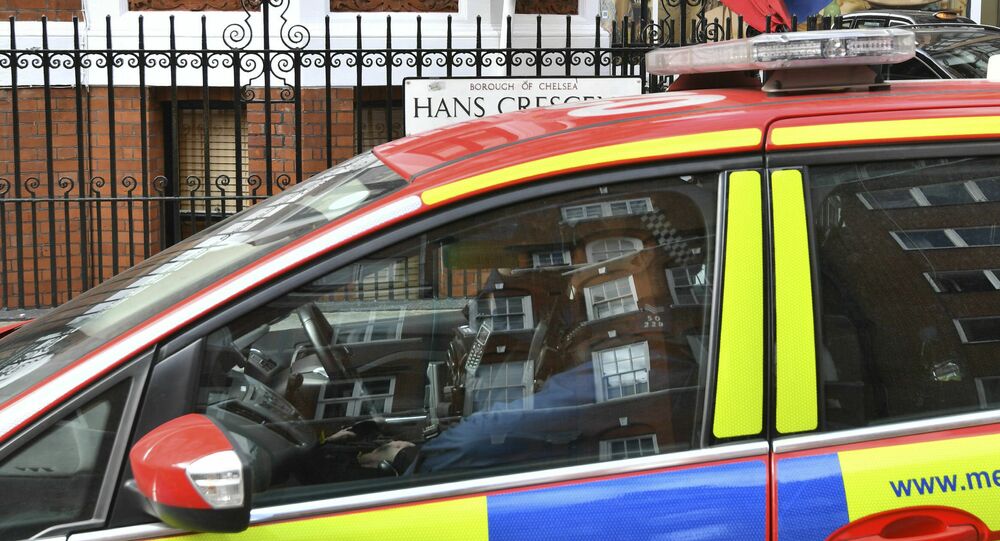 BUENOS AIRES (Sputnik) – An Ecuadorian judge has ordered former Foreign Minister Ricardo Patino, known to be a supporter of WikiLeaks founder Julian Assange, to be held in pre-trial detained and has requested Interpol to detain him, El Comercio news outlet has reported, noting that the ex-official has fled the country.

The Ecuadorian prosecutor's office said on Thursday that "Judge Flavio Palomo made a decision on the pre-trial detention in relation to Ricardo P., at the request of the prosecutor’s office, over his suspected involvement in instigation to commit a crime".

Earlier in the day, reports emerged that Patino had left for Peru on Wednesday in the wake of last week's arrest of Assange in London. Last week, prosecutors already demanded the arrest of Patino but a judge turned down the request.

The Ecuadorian Interior Ministry has also claimed that a key member of WikiLeaks and a man close to Assange travelled several times to Colombia, Spain and Venezuela with Patino.

© AP Photo / Matt Dunham
‘Criminalizing Journalism’: Assange Indictment References Espionage Act
Assange lived in the Ecuadorian embassy in London for almost seven years before his asylum was revoked which resulted in his arrest on Sweden and US warrants. The whistleblower now faces extradition to the United States on charges of conspiring to break in a government computer to leak classified information.