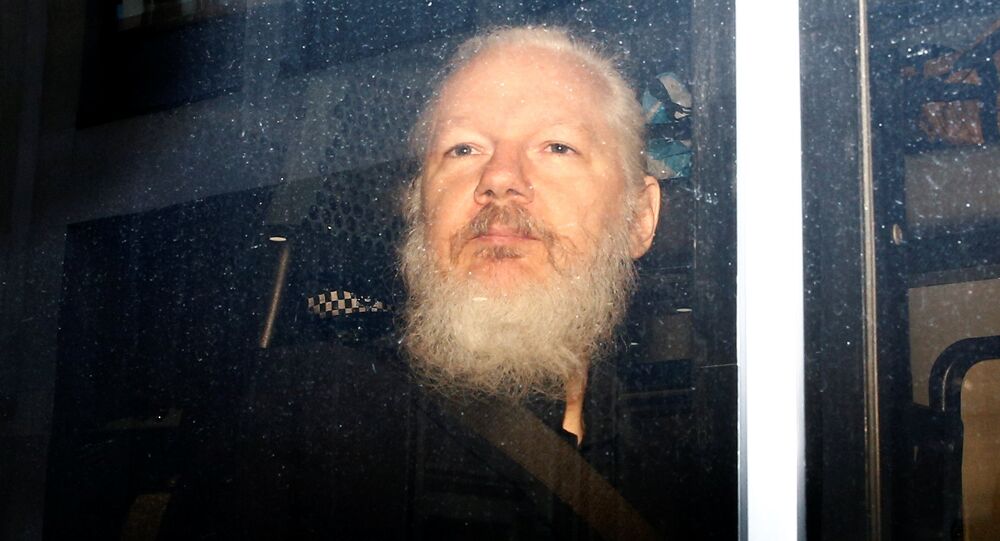 Last week prosecutors demanded the arrest of Patino, but the judge turned down the request. On Thursday, a hearing on the charges against the former foreign minister was due to be heard.

The arrest of world-famous whistleblower Julian Assange after 7 years of taking refuge in the Ecuadorian embassy in London April 11 is still making headlines. The founder of the well-known organization that publishes news leaks and classified media from anonymous sources had to seek refuge in the embassy of the Latin American nation due to rape allegations, following his visit to Sweden in 2010. He vehemently denied all the allegations against him.

Assange repeatedly stressed that he could be extradited from Sweden to the United States, where he would be prosecuted for his whistleblowing activities. In 2017, Sweden dropped the probe against him.

© REUTERS / Henry Nicholls
President Moreno Reveals REAL Reason His Gov't Revoked Assange's Asylum
London police said that Assange was "arrested on behalf of the United States authorities," the fact that Assange feared as it would mean his extradition to the United and the subsequent unfair trial.

In the meantime, Special Counsel Robert Mueller revealed in his redacted Russia probe report made public on Thursday that US President Donald Trump told investigators that at no time during the 2016 election campaign did he discuss pardoning Assange or taking any other steps that might benefit the WikiLeaks founder.