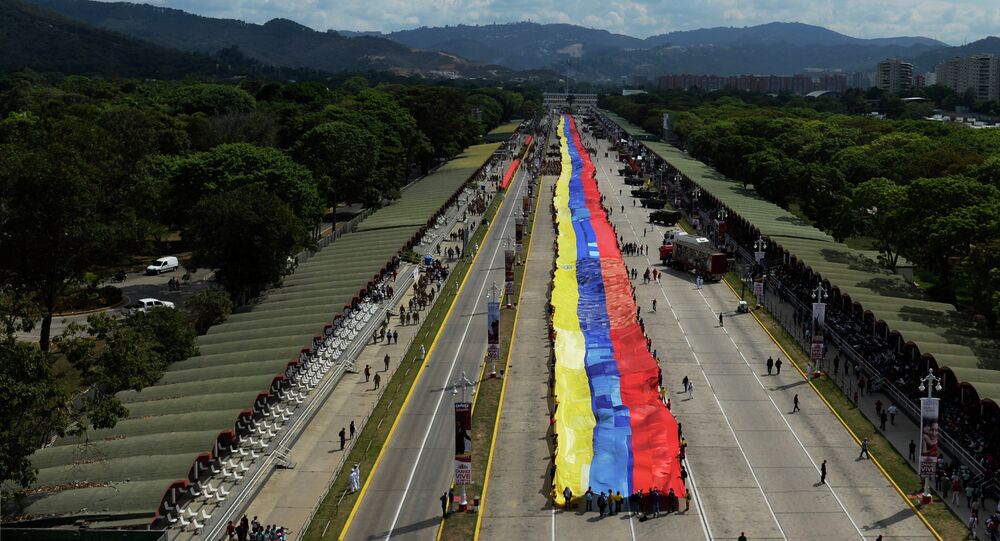 MOSCOW (Sputnik) - Venezuela will amend its legislation in order to make the militia a part of the National Bolivarian Armed Forces, Venezuelan President Nicolas Maduro said in an address on Sunday.

"Comandante Chavez has dreamed of a powerful and great militia […] The militia will receive a constitutional rank as a full-fledged part of the country's Armed Forces", Maduro said adding that the legislation would be amended for this move.

Earlier this month, Maduro said that the number of Venezuelan militia officers would be increased from 2.1 million to 3 million by December 2019.

The decision comes on the heels of a deep political crisis in Venezuela that has recently entered its third month.

Constitutionally elected Maduro has accused the United States of trying to orchestrate a coup in order to install Guaido as a US puppet. Russia, China, Cuba, Bolivia, Turkey, and a number of other countries have voiced their support for Maduro as the only legitimate president of Venezuela.

US President Donald Trump has hinted that a US military intervention in Venezuela was "an option".