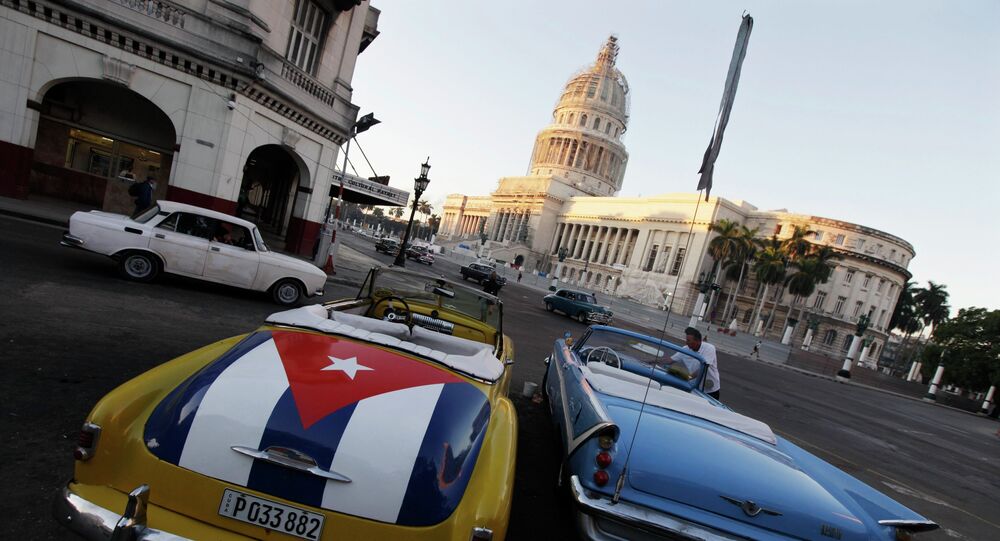 US Vice President Mike Pence told the UN Security Council last Friday that Washington would soon announce new action against Cuba in response to what it calls Havana's "malign influence" in Venezuela.

"I will answer #US Vice President Pence using same words expressed by Army General Raul Castro Ruz: 'We will never fail in our duty to act in solidarity with #Venezuela. We will never renounce any of our principles and we'll strongly reject any form of blackmail'", Rodriguez wrote on Twitter.

Following the victory of the Cuban revolutionaries over US-backed regime in 1959, Washington severed diplomatic ties with Cuba and imposed a trade embargo on the country. In 2014, Washington and Havana expressed their intention to start working on normalizing bilateral relations. As a result, many restrictions on exchanges between the United States and Cuba were eased under then President Barack Obama.

© CC BY 2.0 / JD Lasica
UN Security Council Convenes to Discuss Venezuela Crisis
In June 2017, US President Donald Trump reversed the policy of his predecessor and abandoned attempts to normalize relations with Havana.

Venezuela President Nicolas Maduro has accused the United States of trying to orchestrate a coup in order to install Guaido as a US puppet so that Washington can take control of Venezuela’s oil resources. Russia, China, Cuba, Bolivia, Turkey and a number of other countries have voiced their support for constitutionally elected Maduro as the only legitimate president of Venezuela.