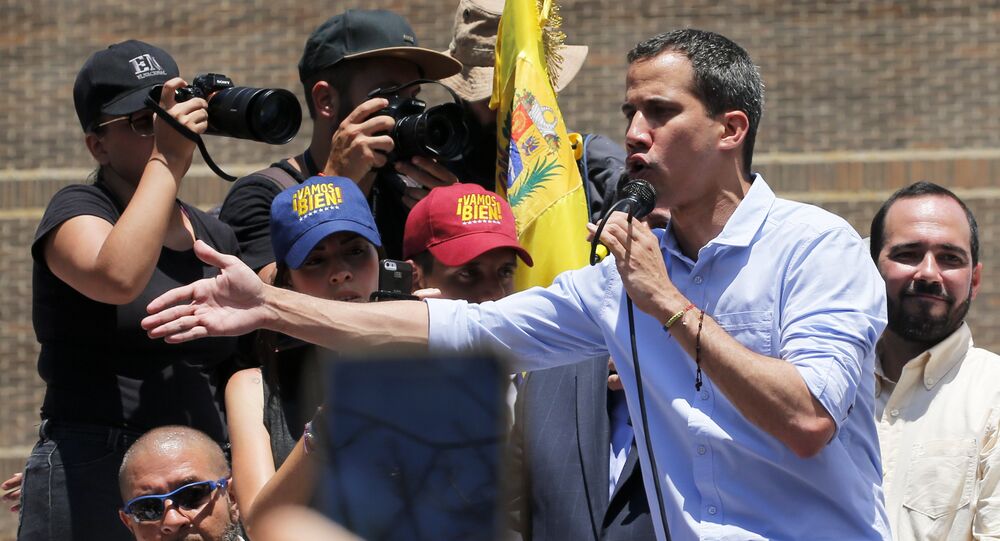 The Venezuelan Foreign Ministry said in a press release on Tuesday that Caracas will consider “null” any decision taken by Tarre, whom the ministry described as a “loud-mouth political usurper”.

“The replacement of a representative of a member state without his request and in view of the previously announced intention to leave the organisation is an irrational violation of procedures in the discredited OAS, which was carried out on orders from the United States. This is unacceptable interference in the internal affairs of Venezuela”, Rodriguez underlined in a tweet.

He was echoed by Venezuelan President Nicolas Maduro's government which called the OAS decision a “criminal and rampant violation of international law and the OAS Charter”.

The Venezuelan Foreign Ministry, for its part, slammed the OAS move as “gross manipulation, blackmail and pressure on OAS member states” to help implement Washington’s plans. The ministry also announced Caracas’ intention to withdraw from the OAS on 27 April 2019.

On Tuesday, the OAS adopted a resolution recognising Tarre, who was designated by Venezuelan opposition leader Juan Guaido, with 18 votes in favour, nine against, six abstentions and one absence.

© AFP 2021 / SAFIN HAMED
US Pre-Positions Humanitarian Aid for Venezuela in Curacao - State Department
This comes amid the ongoing political crisis in Venezuela which escalated after Guaido declared himself the country’s interim president and promised a new election following Maduro’s inauguration in January. Washington immediately endorsed Guaido and called for the ouster of Maduro. The embattled leader, in turn, accused Washington of trying to orchestrate a coup to install Guaido as a US puppet.