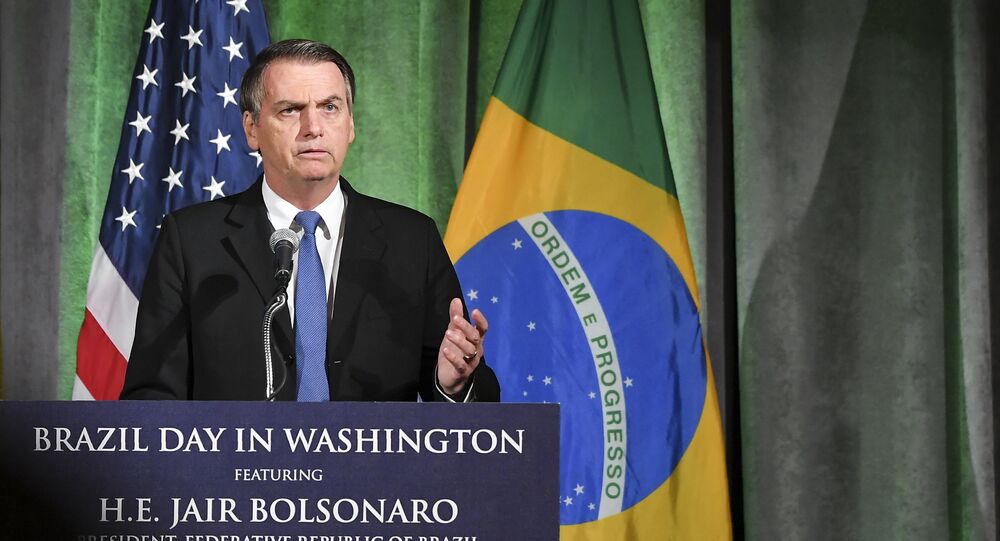 Brazilian president Jair Bolsonaro has said that if there was a military invasion in Venezuela, he would ask the country's parliament if Brazil should join, Reuters reported.

Bolsonaro has reportedly added that Brazil and the US are trying to sow dissent within Venezeula's army.

Bolsonaro said that if any military intervention actually deposed Venezuela's president, Nicolas Maduro, it is quite likely that the country would see guerrilla warfare waged by Maduro's diehard backers and whomever took power, Reuters reported.

Brazil is heavily aligned with Trump on the Venezuela crisis, with Bolsonaro recognising opposition leader Juan Guaido as the country's interim president and vowing to "do everything possible to re-establish order, democracy, and freedom there".

On 27 March US National Security Advisor John Bolton met with Brazilian Defense Minister Fernando Azevedo at the White House. After the meeting Bolton noted that the Western hemisphere is united on resolving the Venezuelan crisis and the days of Venezuelan President Nicolas Maduro "are numbered."

Earlier Jair Bolsonaro during his visit to Washington met with US President Donald Trump in a bid to discuss "more prosperous, secure and democratic Western Hemisphere" as well as "humanitarian aid" to Venezuela.

Prior to the meeting, Trump reportedly said that he would speak with Bolsonaro during his trip to the US the possibility of a military intervention in Venezuela, adding that all options remain on the table.

© AP Photo / Lucio Tavora
‘More Democratic Western Hemisphere’: Brazil’s Bolsonaro to Meet With Trump In His First Visit Amid Venezuelan Crisis
Long-standing tensions between the United States and Venezuela escalated earlier this year when opposition leader Juan Guaido on 23 January proclaimed himself to be the country's interim president.

The United States and its allies, as well as Brazil, immediately recognized Guaido. Russia, China, Cuba, Turkey and several other countries continue to recognize constitutionally elected Maduro as the country's only legitimate leader.

Maduro in his turn has called Guaido a puppet of the United States and has accused Washington of attempting to conduct a coup d'etat in Venezuela.

Venezuela to Close Border With Brazil, May Do the Same With Colombia - Maduro