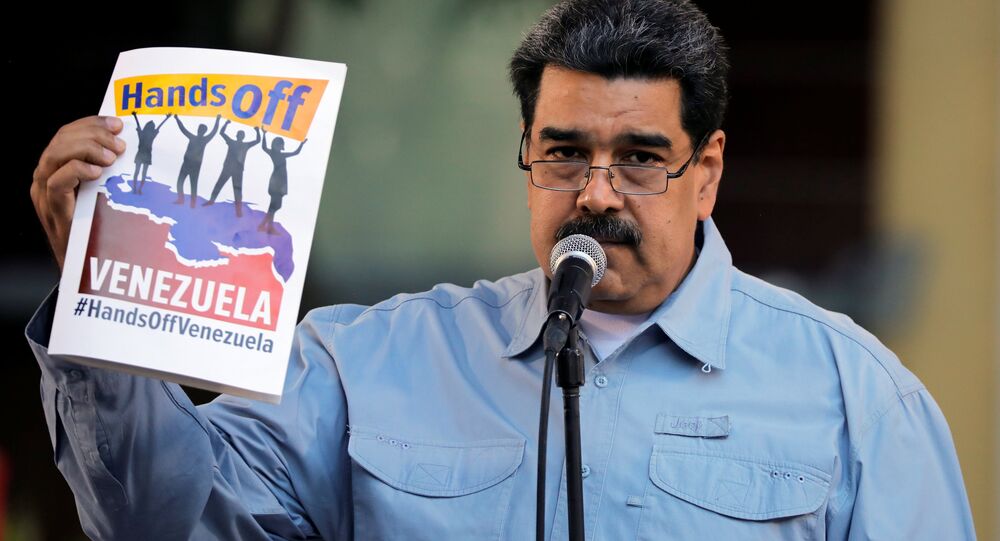 According to Caracas, the US is trying to destabilise the situation in the country via sabotage, while also funding an anti-government opposition that President Nicolas Maduro has called "the worst" and "the most criminal" in 20 years.

Venezuelan President Nicolas Maduro has accused opponents of using his country as a testing ground for a new war strategy and new kinds of weapons.

"Venezuela is demonstrating to the world that it is a testing ground for new cybernetic, electromagnetic war weapons and a new war strategy, which is not a direct invasion or bombing by missiles, but the bombing of vital public services", he stated.

In March, Venezuela suffered its worst power outage in history, when as many as 21 out of 23 states were left without power. Venezuela's national electricity supplier, Corpoelec, said that the incident had been caused by "sabotage" at the Guri hydroelectric power plant, which generates electricity for nearly all of the country.

According to Caracas, the Venezuelan power system suffered from assaults, including "electromagnetic attacks" on power transmission lines.

The president also stressed that the "criminal opposition" plotted to attack military units of the Bolivarian forces and also kill him.

"I know about the criminal plans of those leading the opposition, about their plots for my murder",  Maduro said, adding he had to "raise alarm in the military units of the country" and to maximally activate "intelligence and counterintelligence activities".

He also urged local militia to join pro-government armed organisations known as Colectivos in order to preserve peace in the country.

Earlier in the day, Maduro also announced an increase in the personnel of the Venezuelan militia from 2.1 million to 3 million.

"On behalf of our comandante [former President Hugo] Chavez, who had a dream to have a strong people’s militia as a part of the national system to protect the Constitution, and which could become additional forces of the Bolivarian Armed Forces, we announce that we are going to [increase] the number of people’s militia fighters to 3 million by December of this year", he said, as aired by national television.

"I have ordered the formation of 50,000 Popular Defence Units in all the neighbourhoods and cities, in every corner of the country to support and strengthen the Integral Defence of the Homeland", the tweet says.

In the meantime, the head of Venezuela's Constituent Assembly, Diosdado Cabello, noted that the people's militia should have even more troops.

"The president set a goal of 3 million people [in militia] by December. But later we will increase the number of militia fighters up to 4, or 5 million. These are armed people protecting their motherland", Cabello said.

© Sputnik / Stringer
Pompeo, Spanish Foreign Minister Discuss Toppling Venezuela's Maduro
The move was announced amid a deep political crisis in Venezuela. In January, the leader of the country's opposition, Juan Guaido, proclaimed himself interim president, contesting the re-election of Maduro last year. Guaido was immediately supported by the United States and its allies, who have denounced Maduro's re-election. China, Cuba, Russia, and a number of other countries have endorsed Maduro as Venezuela's only legitimate president.
...
Reddit
Google+
Blogger
Pinterest
StumbleUpon
Telegram
WhatsApp
563