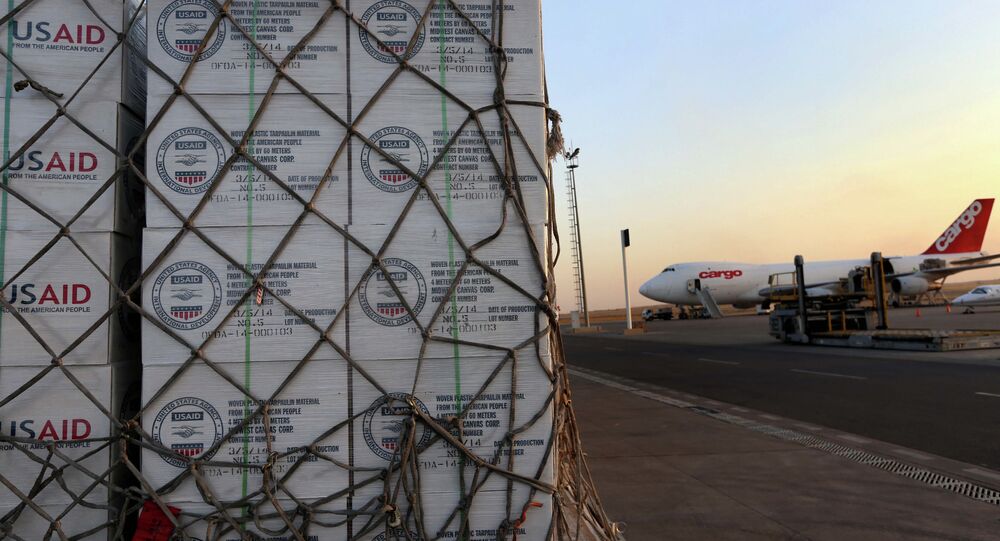 WASHINGTON (Sputnik) - The United States has pre-positioned humanitarian aid for the people of Venezuela in the Dutch Caribbean island of Curacao, the US State Department said in a media note on Wednesday.

"With the support of the Kingdom of the Netherlands and the government of Curacao, today’s delivery contains four kits of emergency health assistance with medicines and medical supplies", the note said. "The four 1,200-pound kits, which can cover the health needs of 40,000 people for three months, will help address the shortages of basic emergency supplies in Venezuelan hospitals and health centres".

© REUTERS / Ueslei Marcelino
Venezuelan Foreign Minister Says Colombia Threatens Peace in Latin America
Along with the latest delivery, the United States has pre-positioned over 540 metric tons of aid for the Venezuelan people in Columbia and Brazil, the State Department said.

The State Department explained that Venezuela’s interim President Juan Guaido and National Assembly are prioritising the need for immediate international humanitarian assistance, and the United States will continue to respond to their requests and "support the ongoing peaceful transition to democracy in Venezuela".

© Sputnik / Leo Alvarez
Guaido Mobilizes ‘Thousands’ for ‘Operation Freedom’ Under Power Outages Pretext
Guaido proclaimed himself interim president of Venezuela on January 23 and the United States and 54 countries have recognised him as Venezuela’s leader.

Actual President Nicolas Maduro has called Guaido a puppet of the United States and accused Washington of trying to conduct a coup in order to force a government change in Venezuela and claim the country’s resources.

Russia, China, Turkey, Bolivia and numerous other countries have said they recognise Maduro as Venezuela’s only legitimate president.