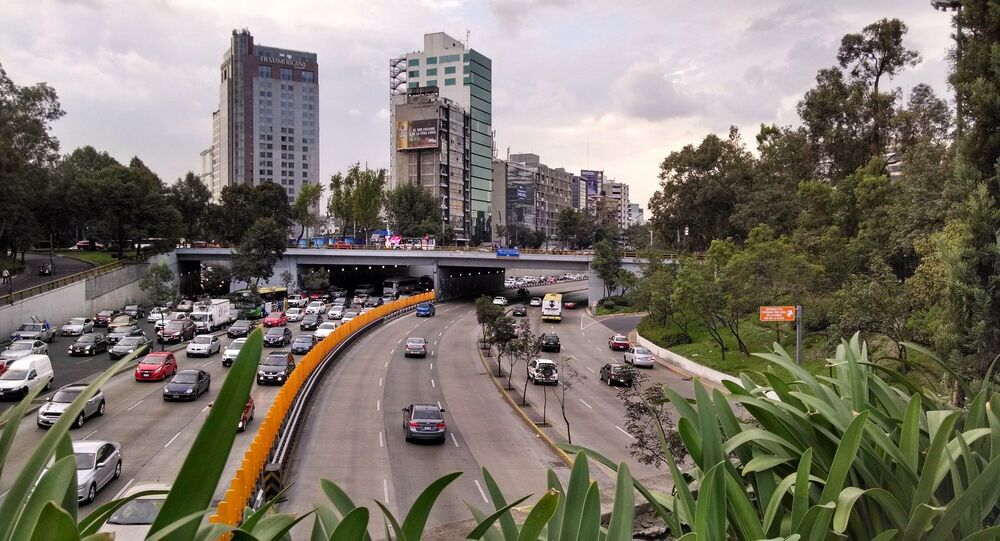 MEXICO CITY (Sputnik) - US authorities have not approached the Mexican government with a proposal that Mexico could grant asylum to Venezuelan President Nicolas Maduro amid a political crisis in that country, Mexican Foreign Minister Marcelo Ebrard said.

"We have not received any suggestions that we could grant asylum [to Maduro]. To be honest, I am not aware of such plans. Mexico believes that it is necessary to engage in dialogue, to communicate and to move on toward such a solution that would prevent a big humanitarian crisis in Venezuela", Ebrard told reporters in Mexico City.

The minister emphasised that the Mexican authorities have been continuously expressing their concerns to Caracas over human rights violations in Venezuela.

Media reports suggesting that Mexico could offer asylum to Maduro emerged after US Secretary of State Mike Pompeo said last week that the United States, which backs Venezuelan opposition leader Juan Guaido, was in contact with Mexico about Maduro's future.

© AFP 2021 / LEO RAMIREZ
Attack on Venezuela's Guri Dam Carried Out With Use of Sniper Rifle - Maduro
Mexico has repeatedly stressed that it has no intention of meddling in the internal affairs of Venezuela. While the country is part of the Lima Group, which firmly opposes Maduro, it has not signed the latest statements by the Lima Group criticising the official Venezuelan government. The Mexican Foreign Ministry said in January that it still recognised Maduro as the legitimate president of Venezuela.

Apart from that, Mexico, alongside Uruguay and the Caribbean Community, initiated the Montevideo Mechanism in February, promoting crisis settlement via dialogue.

Venezuela has been dealing with an acute political crisis since January, when Guaido — the head of the opposition-controlled National Assembly, which all other government branches have been refusing to recognise since 2016 — declared himself the country's "interim president".

READ MORE: US Activist Suspects 'No One Showing Up' for Pro-Guaido Protests in Venezuela

Maduro qualified the move as an attempt to stage a coup orchestrated by Washington.

The United States and its allies backed Guaido, also imposing sanctions on Caracas. Russia, China, Turkey, Cuba, Bolivia, and a number of other states have, in the meantime, voiced their support for the legitimate government under Maduro.