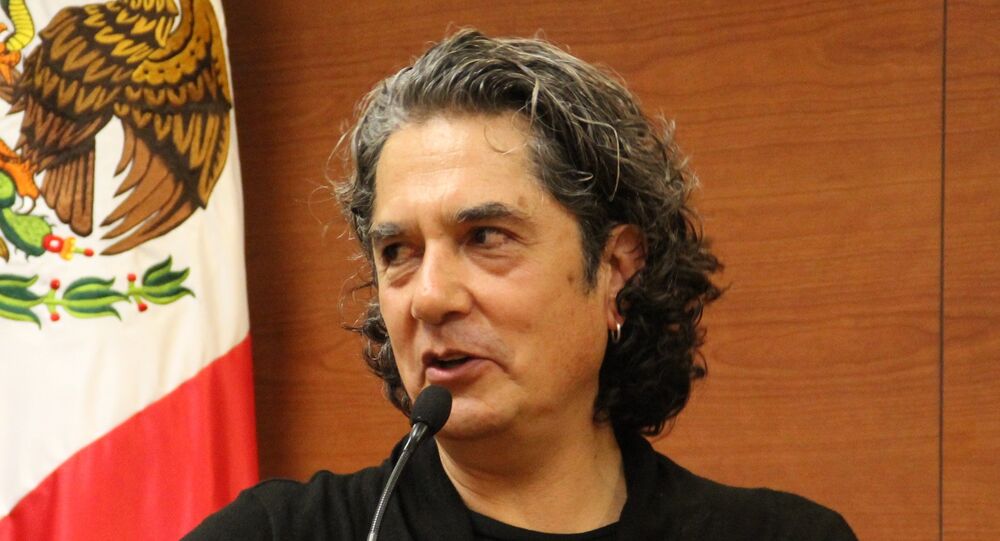 Armando Vega Gil, 64, bass player for the Mexican rock band Botellita de Jerez, killed himself Monday hours after being publicly accused of sexual misconduct. The claims, brought forth by an anonymous young woman via the Twitter account MeTooMùsicosMexicanos, alleges that the incident took place when she was 13.

In a post that appears to be his suicide note on his Twitter page, Vega Gil denied the allegations and expressed concern over how this might affect his son.

"What I want least is for my son to be affected by the false accusation that have been made against me," reads the letter. "I must clarify that my death is not a confession of public culpability, on the contrary, it is a radical declaration of innocence; I just want to clear the path my child goes through in the future. His orphanhood is a terrible way to violate it, but a terrible end is better than an endless terror."

He went on to apologize to women, "who feel troubled by my words and attitudes, and the women who see my ways as misogynistic."

The woman said she visited Vega Gil's house on two different occasions with friends when she was 13 and he was 50, with the second being the last after the entire party felt uncomfortable when the musician began taking their pictures. After that last encounter, the musician continued to contact her via MSN messenger: "He said things that were more and more disgusting and sexually explicit. I decided to block him and change my cellphone."

When the pair met later on, the unidentified woman noted that Vega Gil had acted like nothing happened all those years ago.

"It took me a lot of years to understand what happened and everything that could have happened. If I had had an extra gram of innocence and had gone to his house alone, I'm sure that old man would have abused me," she wrote.

"I'm sure I'm not the only one, I'm terrified to know that there are people who probably have not had the same luck with this guy, and who have fallen into his wicked game."

"[Vega Gil] is dedicated to writing books for children and adolescents, and they are stories that if you know the perverse side of the author, they are very sinister," she added.

Botellita de Jerez announced on Twitter following the news of Vega Gil's death that a vigil would be held Monday night in Mexico City at the Gayosso funeral home. Although the band did confirm Vega Gil's death on social media, authorities in Mexico have yet to confirm if the body found was that of the musician.

Botellita de Jerez started in Mexico City in 1982 and was a fusion of rock, cumbia and more traditional Mexican music. After more than 30 years of performing together, the band broke up in 2013.

The #MeToo movement has gained momentum in Mexico in recent weeks, with hundreds of men facing accusations from women coming forward with claims of sexual harassment and assault.