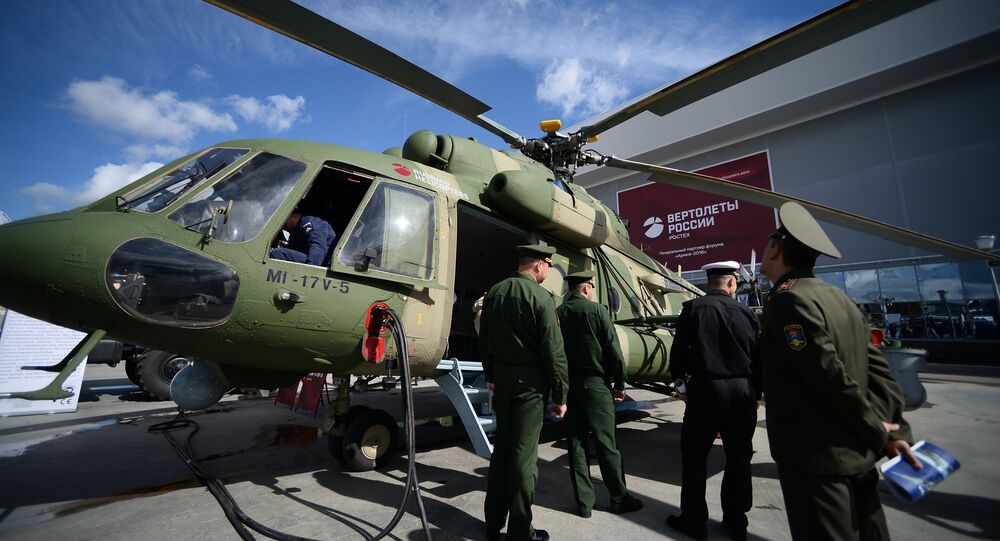 CARACAS (Sputnik) - The opening of a helicopter flight training centre in Venezuela will allow Caracas to offer pilot training programs to other countries that operate Russian-made Mi-family helicopters, the Venezuelan Defence Ministry said.

"Venezuela will be the only country on the continent possessing these latest generation technologies in the field of aeronautics, which will allow us to offer training programs to other countries that operate Mi helicopters," the ministry said.

The center was built under the contract between Rosoboronexport and Venezuelan defense company CAVIM.

"This is part of the cooperation of equal strategic partners — Russia and Venezuela… There is no such center in any part of the world," Venezuelan Defense Minister Padrino Lopez said as quoted in the statement.

Earlier in March, a group of Russian military personnel arrived in Caracas to take part in consultations with country's officials on defence industry cooperation.

The US leadership expressed outrage over the arrival of Russian military to Venezuela amid ongoing political crisis in this Latin American state. On Wednesday, US President Donald Trump said Russia "needed to get out" of Venezuela. Earlier in the week, Secretary of State Mike Pompeo denounced in a phone call with Russian Foreign Minister Sergey Lavrov "the continued insertion of Russian military personnel" in the Latin American country.

Russian Foreign Ministry spokeswoman Maria Zakharova said on Thursday the Russian military personnel’s presence in Venezuela is fully legitimate and in accordance with the defense agreement between Moscow and Caracas. She added that the personnel would remain in the country for as long as Moscow and Caracas deem their presence necessary.