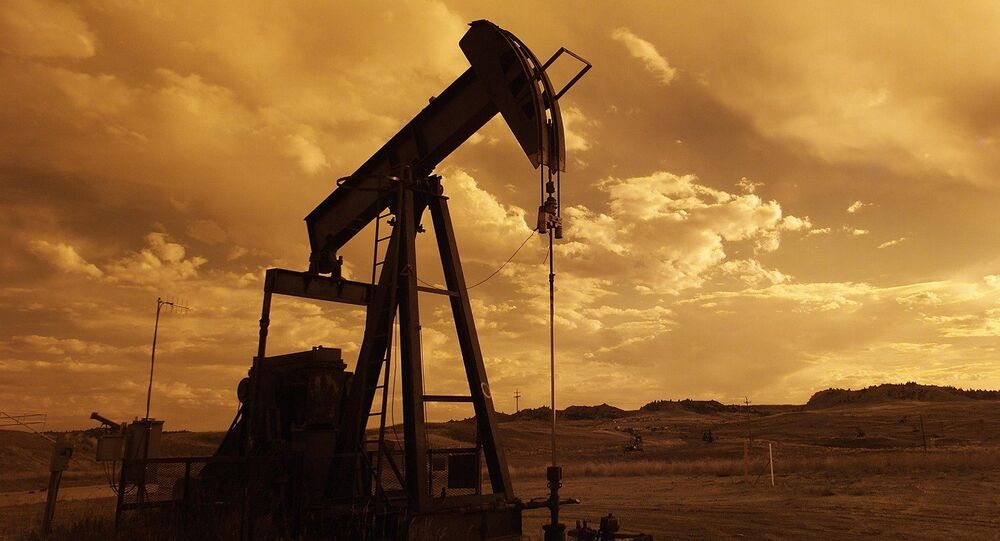 WASHINGTON (Sputnik) - US Special Representative Elliott Abrams told reporters that the United States has been successful in persuading countries to decrease to their oil purchases from Venezuela.

"I think we've had a fair amount of success, I would say in getting companies to reduce the amount they are buying, in some cases end the purchase of oil from the regime," Abrams said.

The Special Envoy pointed out that the US government engaged in conversations with foreign government and oil traders and told them to extend support to Juan Guaido — the self-proclaimed interim president of Venezuela — rather than the government of Nicolas Maduro by buying Venezuelan oil and thus providing it with cash.

“We've noted that we have a broad net with our sanctions and so we warned people to be careful not to get caught in that net by activities you may think don’t come into it, but actually are caught by it," Abrams said.

© CC BY 2.0 / Roman Boed / The US Treasury Department
US Treasury Places Additional Pressure on Iran, Vows 'Maximum Pressure' on Venezuela - Reports
Previously, the US slapped Venezuela's state oil producer PDVSA with sanctions, blocking the company's assets worth $7 billion remaining under the US jurisdiction. According to the White House' forecast, the company might lose another $11 billion in oil supplies. In addition, the US introduced a ban on making deals with the company.

Due to US-imposed sanctions, Venezuela's overall exports of crude oil and fuel dropped to 920,000 barrels per day in the first month of sanctions, roughly 30 percent less than 1.5 million bpd in the prior three months, according to Refinitiv Eikon and state firm PDVSA data.