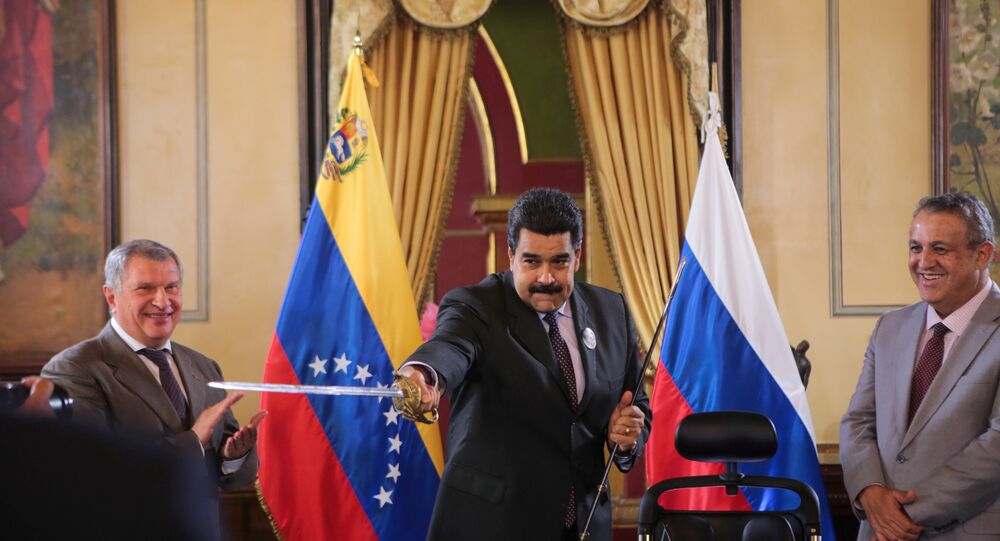 When responding to US President Donald Trump's statement, saying that Russia "needed to get out of Venezuela," Moscow has emphasised that Russian military personnel is implementing bilateral defence agreements in the Latin American state and will stay there as long as both sides deem necessary.

The Brazilian foreign minister has stated that the Russian military should leave Venezuela if they were "propping up" President Nicolas Maduro.

In an interview with Reuters, Brazilian top diplomat Ernesto Arauijo said he hoped Moscow would recognise that supporting Maduro would "only deepen the collapse of Venezuela's economy and society and that the only way out of the crisis was to hold elections under an interim government led by opposition leader Juan Guaido."

Brazil's top diplomat's remarks followed demands voiced by US President Donald Trump calling on Russia to "get out" of Venezuela. In addition to this, US Vice President Mike Pence stated that Washington considers the arrival of Russian military aircraft in the crisis-hit Latin American state as an "unwelcomed provocation."

In its turn, Moscow has emphasised that the arrival of its military personnel in Venezuela is guided by the legitimate defence agreement between Russia and the legitimate Venezuelan authorities. According to Kremlin spokesperson Dmitry Peskov, Russia is in no way interfering in the internal affairs of Venezuela, while Moscow hopes that "third countries will follow our [Russia's] example and allow Venezuelans to decide their own fate."

Commenting on the matter, military attache of Venezuela's Embassy in Moscow Jose Rafael Torrealba Perez told reporters earlier in the day that "we are in no way talking about Russia's military presence to conduct military operations."

READ MORE: US Asks EU to Build Up Pressure on Venezuela's Maduro With More Sanctions

On Saturday, a group of Russian military personnel arrived in the Venezuelan capital of Caracas to take part in consultations with country's officials on defence industry cooperation. According to media reports, some 100 Russian military staff arrived in Caracas on board two planes, which also delivered 35 tonnes of cargo.

Explaining the presence of the Russian military staff in the Latin American country, the aide to Russian President Vladimir Putin stated that the deployment had been carried out within the framework of Moscow's relations with the legitimate government. At the same time, Russian Foreign Ministry spokesman refuted claims about Moscow's plans to establish a military base in the country.