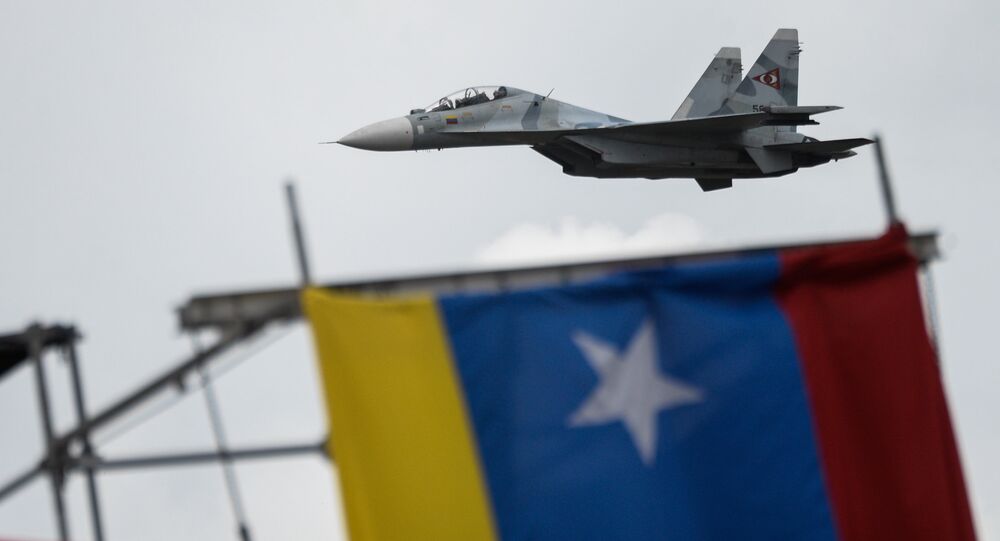 US Vice President Mike Pence previously slammed the arrival of Russian military planes to the Latin American country as an "unwelcome provocation" and urged Moscow to cut support for legitimate President Nicolas Maduro and back self-proclaimed president Juan Guaido.

Jose Rafael Torrealba Perez, Venezuela's military attaché in Moscow has stated that a group of Russian experts, who recently arrived in Venezuela, went there only to discuss matters regarding defence industry cooperation.

Russian presidential aide Yuri Ushakov earlier told journalists that the US shouldn't worry about Russian planes in Venezuela because their deployment had been "done within the framework of normal relations with the legitimate government".

A group of Russian military personnel arrived in the Venezuelan capital of Caracas on 23 March to take part in consultations with government officials on bilateral defence industry cooperation, a diplomatic source in Caracas told Sputnik.

The issue was raised by US Vice President Mike Pence, who slammed the arrival of the planes as an "unwelcome provocation". He called on Russia to cut ties with legitimate President Nicolas Maduro, suggesting it should start supporting self-proclaimed interim president Juan Guaido.

Prior to that, US President Donald Trump had urged Russia to "get out" of Venezuela and noted that all options are on the table.