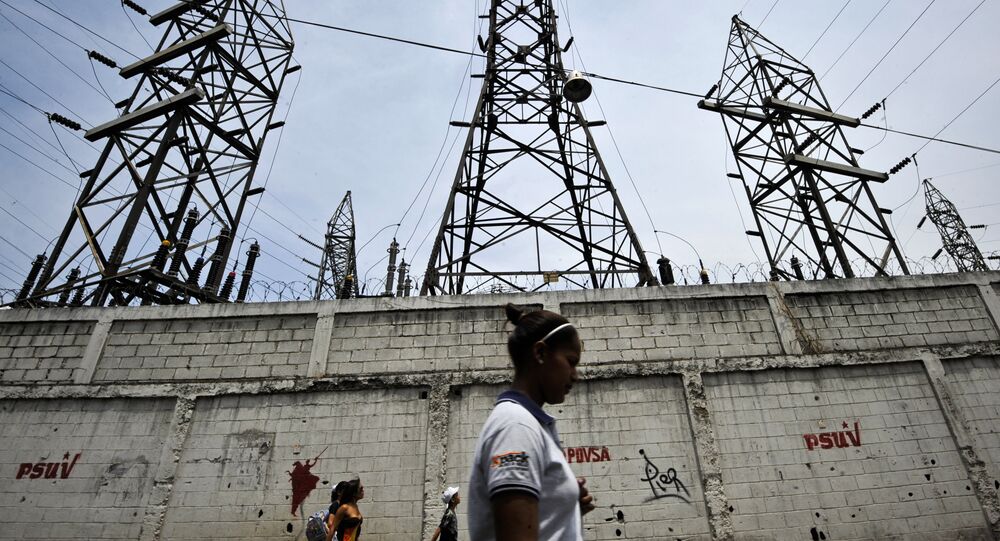 CARACAS/MEXICO CITY (Sputnik) – An attack on Venezuela’s largest hydro-electric power plant Guri, causing the second major power outage to hit the county in the course of one month, was perpetrated with the use of a long-range sniper rifle, Venezuelan President Nicolas Maduro has said.

"The attack was, of course, carried out with a sniper rifle. Let Venezuelans have no doubt that there are devil’s puppets behind this attack", Maduro said in an interview with a state-run TV broadcaster on Wednesday.

The president has called on the public to remain calm amid the power outage, adding that "very serious" damage had been inflicted on the power plant.

© Flickr / Gage Skidmore
Rubio Blames Nonexistent ‘German Dam’ Explosion for Venezuela Power Blackout
At the same time, NetBlocks, an NGO monitoring the governance of internet across the world, said that nearly 70 percent of Venezuela remained without internet access amid the blackout.

"It has been 55 hours since the onset of nationwide power outages in #Venezuela; 69% of the country remains offline after a new drop-in connectivity", NetBlocks wrote on Twitter.

Rodriguez also wrote on Twitter the same day that Thursday would be declared a public holiday, keeping schools and companies across the country closed for a third consecutive day.

© REUTERS / Carlos Jasso
Guaido Calls for "Operation Freedom" to Topple Venezuelan President Maduro
The power outage hit Venezuela at around 1:30 p.m. (17:30 GMT) on Monday. Caracas said it had been caused by an attack on the Guri hydro-electric power plant that covers around 80 percent of the country’s demand for electricity. Several hours later, Rodriguez said electricity supply had been restored only to announce later that the power grid had been compromised again.

Over the past several months, Venezuela has repeatedly faced power outages. The largest blackout swept the country on March 7, prompted by what the authorities called US sabotage against the Guri dam.