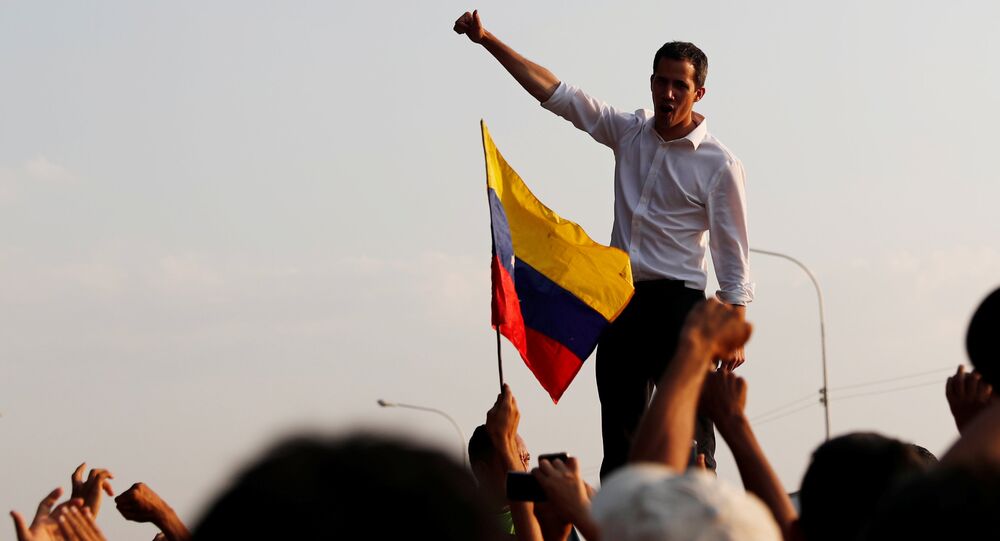 The opposition leader also urged people to come out and stage protests on 30 March, before the day of action a week later.

Juan Guaido, the leader of the Venezuelan opposition, announced Wednesday that 6 April will be the first day of "tactical actions" for his so-called "Operation Freedom."

"On 6 April, the first tactical actions of the #Operation Freedom will take place across the country," he wrote on Twitter. "That day we must be ready, prepared and organized, with the Aid and Freedom Committees already formed. The rescue of Venezuela is in our hands!"

​Operation Freedom is Guaido's plan to organize a full-fledged revolution in all states of Venezuela simultaneously. According to his plan, civilians must be organized by the so-called "Aid and Freedom Committees," set up by opposition lawmakers.

© RIA Novosti . Vladimir Fedorenko
Russian Lawmaker Calls Out US' Colonial Approach to Russia-Venezuela Relations
It appears that Guaido is counting on a nation-wide display of civil disobedience to sway the Venezuelan military in favor of opposition protesters.

"For the international community to do more and the Armed Forces do what they must, we have to move on to a level of organization, pressure and mobilization never seen before," Guaido tweeted earlier in March.

It is undisclosed what exactly Guaido means by "tactical actions," but one can assume it will be something other than mere protests, as indicated by another tweet from Guaido calling for a nationwide protest on 30 March, this Saturday.

​Guaido seeks to oust legitimate Venezuelan President Nicolas Maduro, who won re-election last year. The Venezuelan military remains loyal to the elected president, while the US backs the opposition leader, although Washington denied it considers a military solution to the crisis.