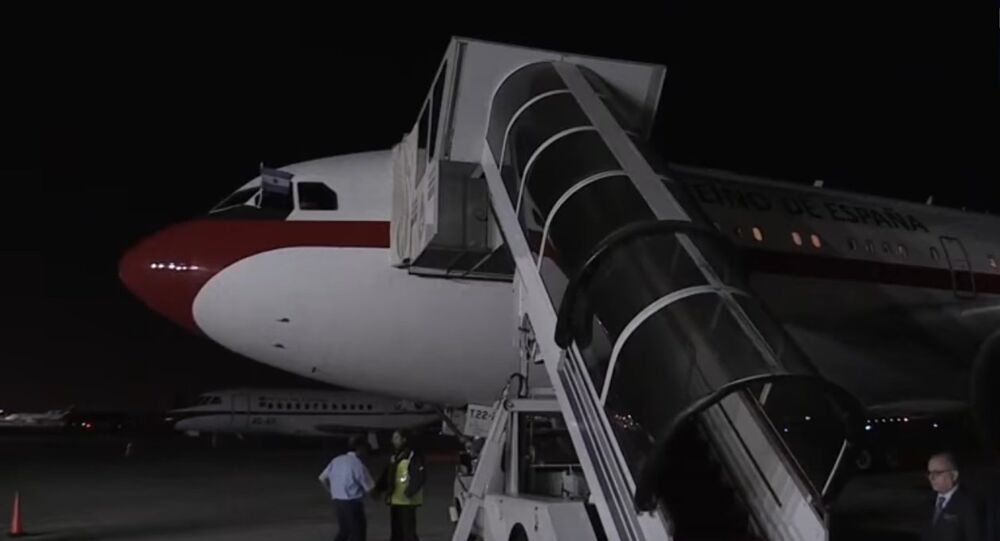 The embarrassing moment reportedly occurred after airport staff proved unable to find the right size of ladder for the royal plane.

King Felipe VI's goodwill visit of Argentina got off to a rocky start after the royal and his wife Queen Letizia had to wait in their plane after arriving in Buenos Aires' Airport on Sunday night, La Vanguardia has reported.

The King's custom Airbus plane spent about 15 minutes on the tarmac waiting to make it to its destination after landing. Then, upon parking, the royals spent nearly an hour more stuck in the plane after the ladder provided proved incapable of reaching the airliner's main door.

The incident forced the Spanish and Argentinian foreign ministers, other honoured guests, and the traditional honour guard to stand around on the runway waiting for a suitable ladder to be delivered. Initially, it was even proposed to redirect the plane to a separate airport in the capital, but eventually the right ladder was found.

© CC0
Argentina Introduces Entry Ban for Venezuelan High-Ranked Officials
The royal couple's four day trip to Argentina has been touted as being aimed at demonstrating "the intensity of bilateral ties and the intention to continue to deepen and diversify them." It is set to include discussions with Argentinian President Mauricio Macri, and talks between King Filipe and Argentinean lawmakers and businessmen. Spanish Foreign Minister Josep Borrell said the visit was aimed at showing Madrid's ongoing support for Argentina's institutional and economic reforms.

Coincidentally, the state visit coincided with Day of Remembrance, held annually on March 24 to mark the anniversary of the 1976 coup d'etat that led Argentina to be ruled by a military junta and to commemorate its victims. In 2014, archival documents revealed that the Spanish monarchy provided at least tacit support for the military dictatorship, which was overthrown in 1983.