Bolton on Trump’s 'All Options on Table' in Venezuela Quote: 'He’s Very Serious'

A political crisis has plagued Venezuela since late January, yet the question of how to resolve the situation is still open. US President Donald Trump has been clear on this point when said that ‘all options are on the table’, US National Security Advisor John Bolton said Thursday.

"President Trump himself has been clear on this point on any number of occasions when he says all options are on the table. I think people need to understand and believe that; he's very serious about it," Bolton said during an interview with Sirius XM's Breitbart News Daily.

The US National Security Advisor claimed that Washington is concerned about its citizens in Venezuela, who are estimated to be between 40 and 50,000, and that the government of the US has a duty to protect them from "violence and intimidation", saying that "that's something that I think everybody needs to keep in mind".

Earlier, Bolton said via Twitter that Washington has yet to impose its toughest sanctions against the government of Nicolas Maduro in Venezuela. The US Treasury has already imposed several rounds of sanctions on Venezuelan state companies since January. 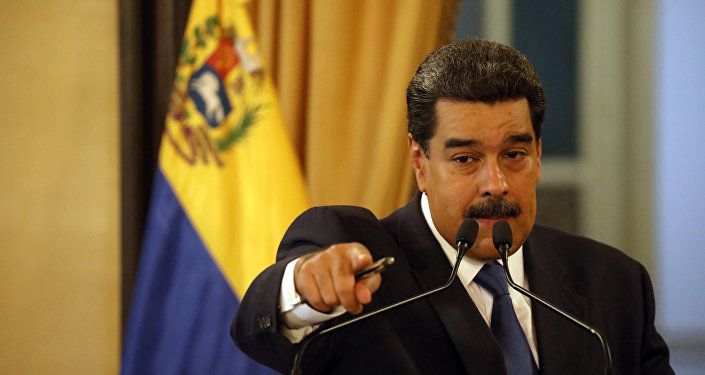 Venezuela has been embroiled in a political crisis since January after Juan Guaido proclaimed himself interim president, demanding Maduro's resignation and fresh elections. The move was instantly recognised by the United States and a slew of Latin American countries, while Russia, China, Mexico, and a number of other nations reaffirmed their support for Nicolas Maduro as Venezuela's only legitimately elected president.

Top Russian Diplomat on Talks With Abrams on Venezuela: 'Difficult, But Frank'