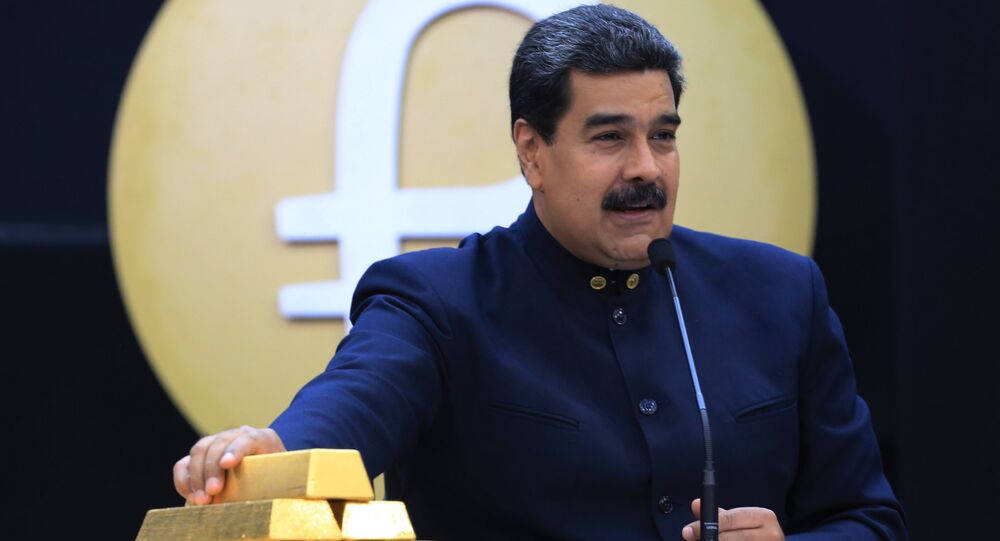 WASHINGTON (Sputnik) - The United States has yet to impose its toughest sanctions against the government of Nicolas Maduro in Venezuela, US National Security Advisor John Bolton said in a statement on Thursday.

"As President [Donald] Trump clearly stated, the toughest sanctions are yet to come," Bolton said via Twitter. "Unless Maduro's usurpation ends, he and his cronies will be strangled financially. The window is closing."

In the meantime, Jesus Faria, Venezuela's former trade minister who sits on the parliamentary financial commission, told Sputnik that the United States had sanctioned a Venezuelan gold mining firm as a warning to foreign investors.

"These sanctions are a threat and a warning to all actors interested in this economic sector. The US has imposed a batch of sanctions over the last five years, causing an economic blockade of our country. They have been particularly aggressive in the past couple of years," Faria said.

The US Treasury has imposed several rounds of sanctions on Venezuelan state companies since January. On Tuesday, it sanctioned the state gold mining firm Minerven and its president, Adrian Antonio Perdomo Mata.

Recently, the UN has voiced concern about the impact of the American sanctions on the Venezuelans. Thus, the international body warned, the punitive measures might lead to greater economic deterioration in that country and will further affect people's well-being.

The United States sided with Juan Guaido, the Venezuelan opposition leader who declared himself interim president in January. President Nicolas Maduro calls him a US puppet. The incumbent president is backed by Russia, China and several other countries.