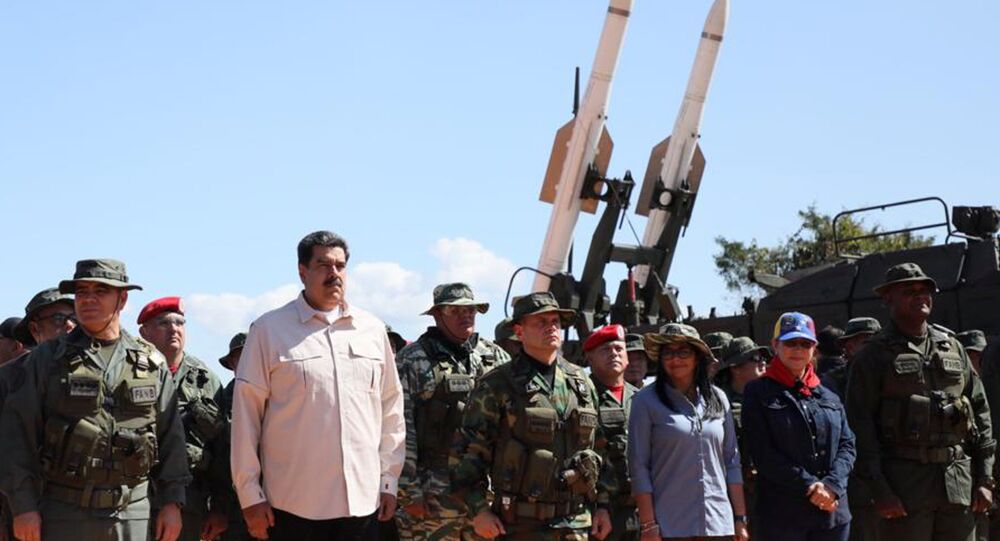 Members of the Venezuelan government have been asked to “put their roles up for review” by the president.

Venezuelan President Nicolas Maduro is planning a "deep restructuring" of the Venezuelan government, as the country recovers from a prolonged blackout, according to a tweet by the country's Vice President Delcy Rodriguez.

"President @NicolasMaduro has asked the entire executive Cabinet to put their roles up for review in a deep restructuring of the methods and functions of the Bolivarian government, to protect the fatherland of Bolivar and Chavez from any threat", Rodriguez tweeted, referring to deceased Venezuelan leaders Simon Bolivar and Hugo Chavez.

​Maduro has repeatedly changed individual members of his Cabinet since taking office in 2013, Reuters reports.

© REUTERS / Isaac Urrutia
Venezuela Redirects Exports Above 1Mln Bpd From US to Asia - Saudi Minister
The reshuffling comes in the wake of a lengthy blackout claimed to have been caused by a combination of opposition sabotage and a US cyber-attack.

As the nation's capital, Caracas, saw power and services restored, opposition leader Juan Guaido shifted his focus to rural parts of the country still struggling with the aftermath of the widespread power outages.

Guaido, now touring rural Venezuela, is reportedly seeking to form mobilisation cells in all states, as a means of organising protests meant to oust President Maduro who was re-elected May 2018 in a highly-contentious vote.

An AFP report earlier this week said Guaido is considering enabling a constitutional clause that would allow foreign military intervention in the event the military remain loyal to the elected president and refuse to switch sides to the US-backed opposition leader.