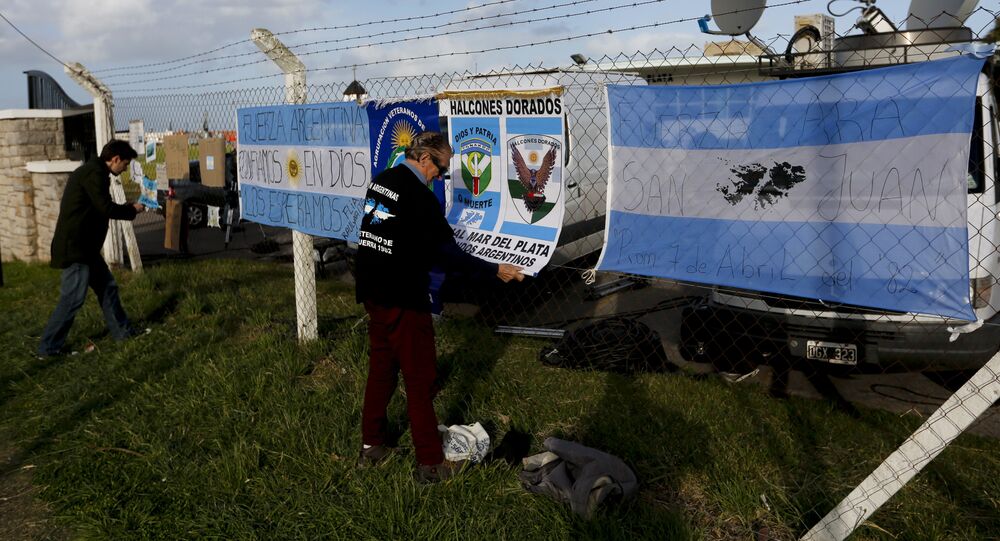 BUENOS AIRES (Sputnik) - Rear Admiral David Burden, the director general of materiel of the Argentine Navy, said on Thursday that Argentine submarine ARA San Juan, which was discovered last November after missing for a year, had sunk due to an implosion.

"There was definitely an implosion", Burden said, as quoted by the Buenos Aires Times newspaper.

Burden added that the submarine "was fine" when it left the Argentinian resort city of Ushuaia back in 2017, but then began taking in water, and this triggered "short circuiting and smoke".

The submarine with 44 crew on board went missing in mid-November 2017, after reporting about a technical malfunction. A year later, it was discovered at a depth of around 2,975 feet, deformed and with signs of an explosion.

© AP Photo / Courtesy of Argentine Navy
Discovered San Juan Sub Deformed With Signs of Explosion - Argentine Navy Chief
According to earlier media reports, citing the draft report by the experts from the country's Defense Ministry's commission, the submarine could have caught fire on board, near the fore electric batteries, on 14 November 2017 — a day before the wreck. Then, water reportedly got into the batteries through the ventilation system, which prompted a new fire and an explosion.

As a result, the crew lost control of the ship, and it started to sink. Having reached the critical depth, the submarine could have been crushed by a water column, which, according to the experts, was the preliminary reason of the wreck.

The Argentinian authorities scrapped the rescue 15 days after the submarine stopped communicating.