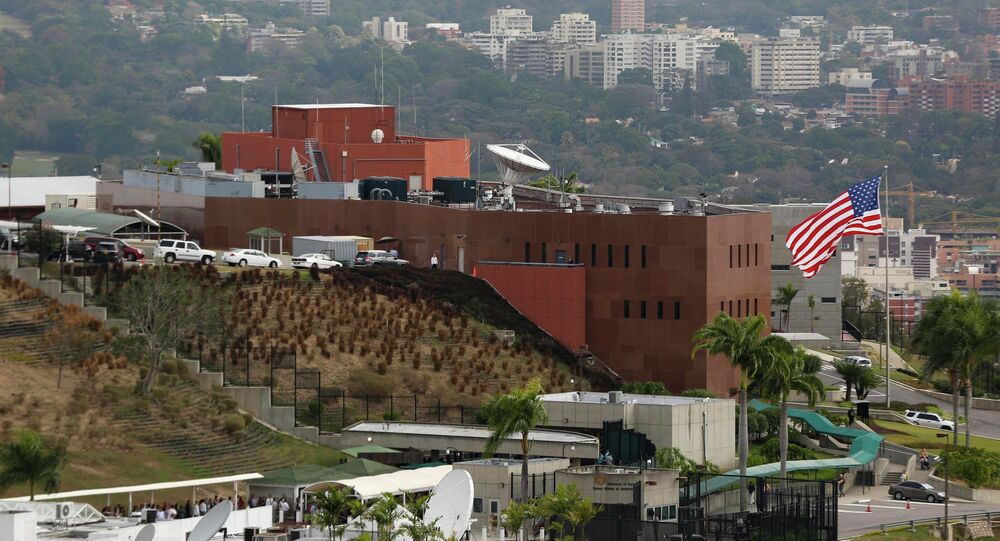 All US Diplomats Left Venezuela After Ultimatum From Caracas - Pompeo

On 12 March, the Venezuelan Foreign Ministry announced the government's decision not to grant a new extension for the permanence of the US diplomatic agents still present in the country and requesting the American Government to leave the national territory with its remaining personnel.

US Secretary of State Mike Pompeo announced that all American diplomats have left Venezuela. However, he stressed that they would continue the mission to assist the country from other locations.

"Today, all US diplomats remaining in Venezuela departed the country," Pompeo said. "US diplomats will now continue that mission from other locations where they will continue to help manage the flow of humanitarian assistance to the Venezuelan people and support the democratic actors bravely resisting tyranny," Pompeo said in a statement.

At the same time, the State Department has revoked 340 visas of Venezuela's representatives, connected with President Nicolas Maduro.

The move was taken in the wake of the request from Caracas, announced on 12 March, for all remaining US government personnel to leave the country within 72 hours.

Commenting on this request, Pompeo said that the United States decided to withdraw all remaining diplomats from Venezuela due to security concerns. He explained the decision by alleged worsening conditions on the ground over the last days and weeks.

The American diplomats have been present in the country despite the decision of Venezuelan President Nicolas Maduro to cut off diplomatic ties with the United States after Washington recognised opposition leader Juan Guaido as the Venezuelan interim president in January. Pompeo, however, has previously refused to comply with the demands, stating that Maduro did not have enough legal authority to declare US diplomats personae non-grata.