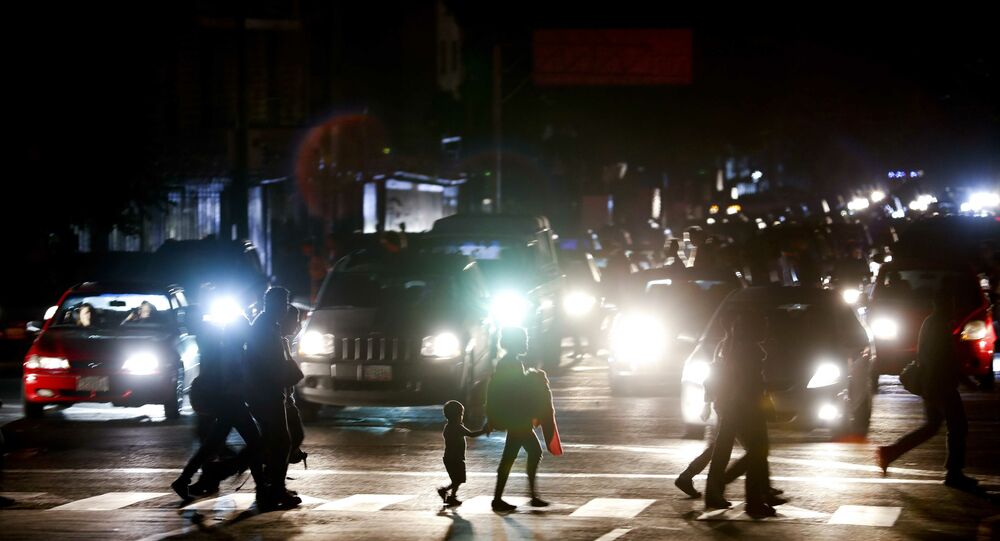 Venezuela's opposition-controlled National Assembly declared a state of "national alarm" Monday over the "general calamity" caused by a blackout that has now lasted four days, according to AFP.

The lawmakers approved a decree proposed by its leader and self-proclaimed interim president Juan Guaido, who is seeking "international cooperation" to help resolve Venezuela's crisis.

Venezuelan President Nicolas Maduro blamed the United States for waging an energy war against Venezuela. Washington denied having a role in the crisis.

© REUTERS / Manaure Quintero
Ex-UN Rapporteur to Venezuela Fears That 'Maduro Might Be Assassinated'
In particular, Maduro said that a cyber attack was carried out against one of the country's energy facilities on Saturday, which did not allow the authorities to restore the electricity supply interrupted earlier in the week. Maduro also accused the right-wing opposition of attacking the Venezuelan power supply system with the high-tech weapons.

Amid the blackout, Maduro has ordered to distribute food among the country's citizens starting from Monday. Separately, he ordered to provide assistance to hospitals across the country and to guarantee the delivery of drinking water to the houses of Venezuelans.

The political crisis in Venezuela escalated in late January, when opposition leader Juan Guaido declared himself the country's interim president. The United States and some 54 countries have recognized Guaido, but Russia, China, Bolivia, Turkey and a number of other countries have voiced their support for constitutionally elected Maduro and his government as Venezuela’s only legitimate authority.