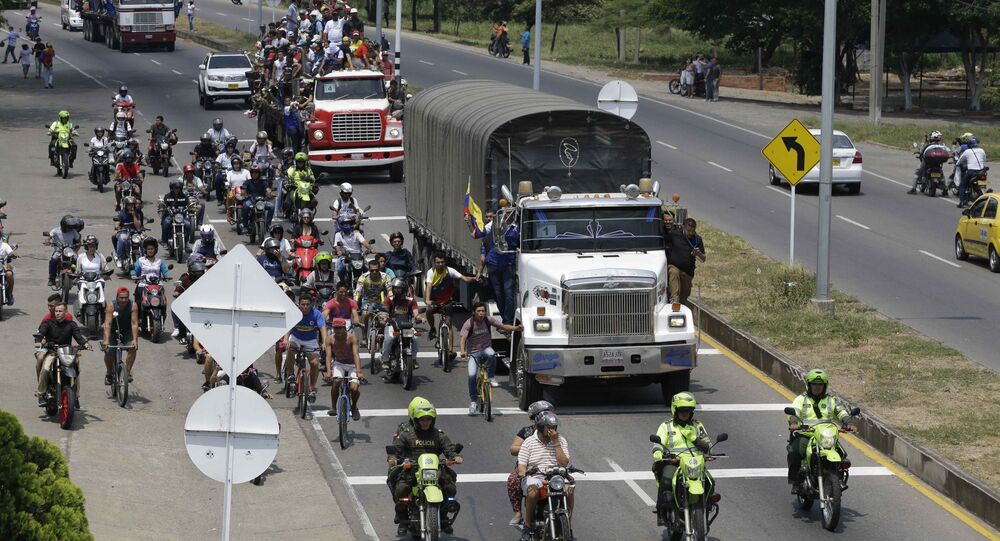 WASHINGTON (Sputnik) - US Special Representative for Venezuela Elliott Abrams announced that Washington did not have plans of military intervention to Venezuela.

"We are not pursuing that path," Abrams said when asked whether he was aware of any plans in the Trump administration for pursuing military action in Venezuela.

Abrams explained plans for protection of US embassies overseas are always on the table; however, the United States does not plan on intervening militarily in Venezuela in the context of the recent developments in that country.

At the same time, he noted that the United States is working with the international community to freeze Venezuelan government bank accounts around the world.

"We are working with the international community to freeze the regime’s bank accounts across the globe," US Special Representative for Venezuela Elliott Abrams said in testimony to the Senate Foreign Relations committee.

Abrams said customers for Venezuela’s oil are "dwindling" and expressed confidence that this situation would reduce the government's ability to sustain itself.

© REUTERS / Marco Bello
Arming Venezuelan Opposition Would Be 'Terrible Idea' - Special Envoy Abrams
This comes after on Wednesday, US National Security Adviser John Bolton warned international financial institutions about potential sanctions if they engage in any transactions that benefit Maduro.

The United States, alongside a number of its allies, supports Venezuelan opposition leader Juan Gaudio, who has proclaimed himself the country's interim president. Venezuelan President Nicolas Maduro, backed by Russia and China, among other states, has accused Guaido of acting at the behest of Washington in a bid to oust his government and seize Venezuela's oil assets.