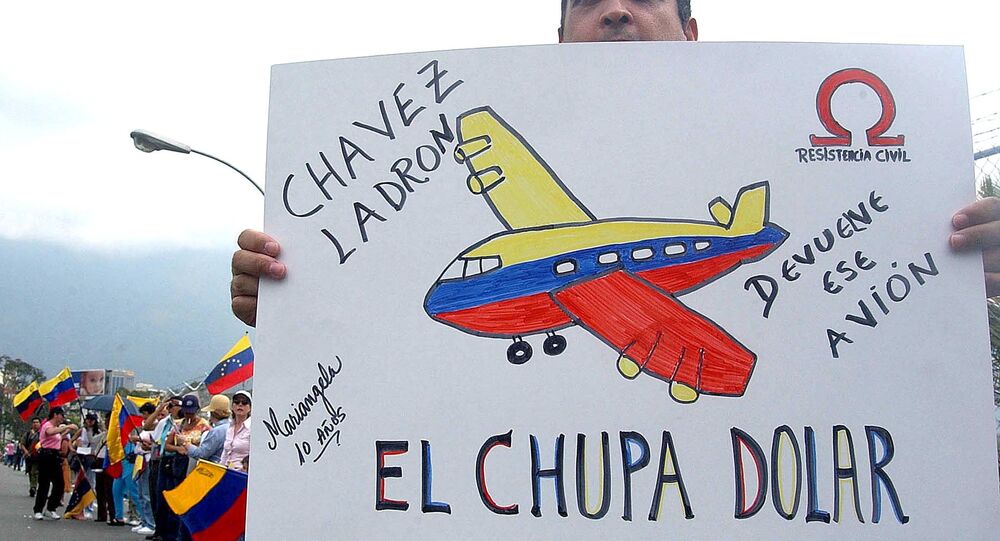 Earlier, the Greek opposition party New Democracy demanded that the government explain why a mysterious Venezuelan plane landed in the country, while most other European states refused to grant it permission.

Sputnik Greece has obtained a copy of a statement by the Greek Civil Aviation Department saying that the Venezuelan government plane that landed on 2 March at Athens International Airport was carrying Venezuelan Foreign Minister Jorge Arreaza. The plane landed in order to refuel and the Venezuelan Embassy requested that a VIP lounge be provided for the minister in the meantime. The plane departed on the same day at 17:47 for Cape Verde.

© AP Photo / Mike Groll, File
Russia Debunks Rumours of Plane Sent to Venezuela to Grab the Country’s Gold
According to the department's statement, Arreaza was not visited by any officials during his stay.

The statement came following a request from the opposition party New Democracy to provide a clarification as to why the Venezuelan government plane with flight number YV2486 had received permission to land, while most EU countries refused to grant it. The request, in turn, was made hot on the heels of a report by SKAI News, which said that the plane, carrying the foreign minister, spent four hours at the airport and that the minister had held some meetings during his short stay.

The plane reportedly left Caracas on 24 February and managed to land in Portugal after the pilot warned the dispatch that the plane's fuel was running low and that the plane was going to crash if it didn't land. The flight's next stop was made in Geneva on 26 February, while many other states where it had requested landing refused to accept it. After this, the plane arrived in Athens on 2 March.

Former Adviser to Venezuelan President Chavez: 'There's No Way to Save Maduro'