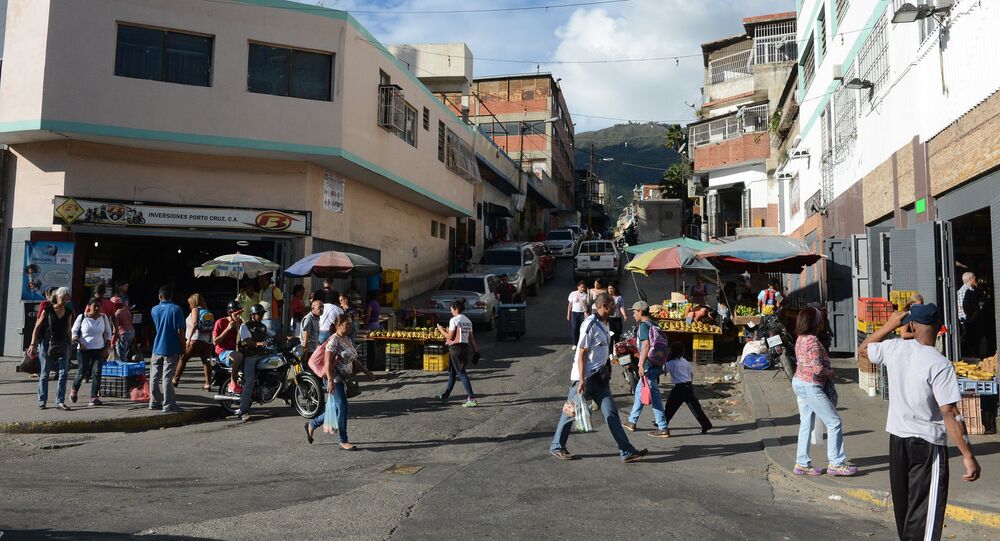 If you think that the only things Venezuela is witnessing are empty supermarkets, violence and anti-government protests, these two foreigners’ first-hand experience may make you think otherwise.

"It is easier to deceive a person, than convince him/ her that he/she has been deceived" — this quote by Mark Twain was recalled by Diego from Argentina, who rose to fame after he visited Venezuela in order to show how things really are in the crisis-hit Latin American country.

However, the posts he made on social media appeared to not strike a chord with netizens:

"Having arrived in Venezuela and shown what I see with my own eyes, I started to receive threats", Diego posted on Twitter.
Judging by the content of his videos, such threats are not coming from the Maduro government's supporters, but more likely from his opponents, with Diego being accused of fabricating his videos and pointing out the high inflation rates across the country.

However, this doesn't stop Diego from visiting not only shopping malls and upscale districts, but also poor residential areas and social housing estates far from downtown, especially in Caracas' southern districts.

"Mass media in my country report that markets in the capital are all empty. I went to check it with my own eyes, and a real surprise was awaiting me", Diego shared, adding that he was baffled to see loads of goods on market and supermarket shelves.

Along with Diego, a Chilean woman named Chilezolanita is currently living in Venezuela. She used her smartphone to capture and then show on Twitter and Facebook what is typically being misrepresented by mass media. Chilezolanita sees Venezuela as looking more like "Chile, than Syria, Iraq or Haiti".

One video, for instance, shows what actually happened on 23 February at the Colombian border, when an attempt was made to deliver humanitarian aid requested by self-proclaimed head of state Juan Guaido.

Tweet: This is what was happening on 23 February in #Venezuela. Weren't you shown on TV yesterday that while on the Colombian border the right-wingers were attempting to provoke violence, Chavist people in Caracas took to streets in Maduro's support?

She also posted a video, in which Venezuelan people were applauding the National Bolivarian Armed Forces. In another video, commanders are shown supporting their soldiers and encouraging them to continue their service.

Tweet: Take note of these videos from Venezuela. Chavist people are welcoming the Bolivarian Armed Forces after they defended their land at the Colombian-Venezuelan border on Saturday.

Tweet: Take note of these videos from Venezuela. Bolivarian border guards are being encouraged by their seniors: "Always loyal! Never betrayers!"

Chilezolanita also showed her food basket, which she received from the government along with 6 million other families.

Tweet: #UnaChilenaEnVenezuela Once a month, the Venezuelan government supplies 6 million families with food essentials. Did you know this? I'll show you what such a basket contains.

If anyone still has some doubts that the Venezuela portrayed in the mainstream media is not the Venezuela as seen by locals, the Chilean recorded a video showing casual life in Caracas.

Tweet: Yesterday, on 15 February, I took my phone like @DiegoEnLaLucha did and went through Caracas, #Venezuela, without stopping once — to show you what a usual day in the city is like. You'll be surprised to see it more likely resembles Chile, than Syria, Iraq or Haiti, as mass media typically depict it.