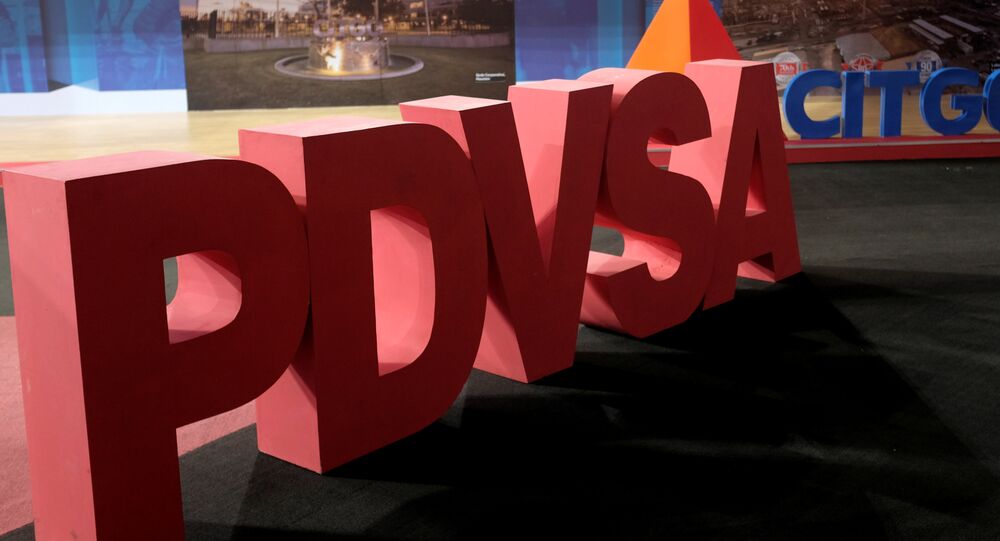 "As for Europe, where Venezuelan assets have been frozen, we have already undertaken concrete legal activities. We have hired lawyers who will protect our interests — especially those related to the gold that the Bank of England has stolen", Rodriguez said in an interview with RT broadcaster.

READ MORE: US Not Planning Military Intervention in Venezuela — Official

Amid political crisis in Venezuela, the United States, which backs Venezuela's self-proclaimed interim president Juan Guaido, blocked $7 billion in Venezuelan state oil company PDVSA's assets in its jurisdiction and imposed ban on deals with the entity as part of efforts to facilitate power transfer. The United Kingdom, which rejects the legitimate government of President Nicolas Maduro as well, cut off Caracas' access to foreign assets and rejected its request to withdraw $1.2 billion worth of gold.

© AFP 2021 / Juan Barreto
Maduro Decided to Close PDVSA Office in Lisbon and Move it to Moscow - Venezuelan Vice President
Venezuela is currently in the midst of a political crisis. On 5 January, Guaido was elected the head of the opposition-controlled National Assembly, which all other government branches have been refusing to recognize since 2016.

On 23 January, two days after the Venezuelan Supreme Court annulled his election, Guaido declared himself the country's "interim president", Maduro, who was sworn in for his second presidential term on 10 January after winning the May election, which part of the opposition boycotted, qualified Guaido's move as an attempt to stage a coup orchestrated by Washington.

The United States immediately recognized Guaido, after which around 50 other countries followed suit. Russia, China, Cuba, Bolivia and a number of other states have, in the meantime, voiced their support for the legitimate government of constitutionally elected Maduro. Mexico and Uruguay have refused to recognize Guaido, declaring themselves neutral and promoting crisis settlement via dialogue.