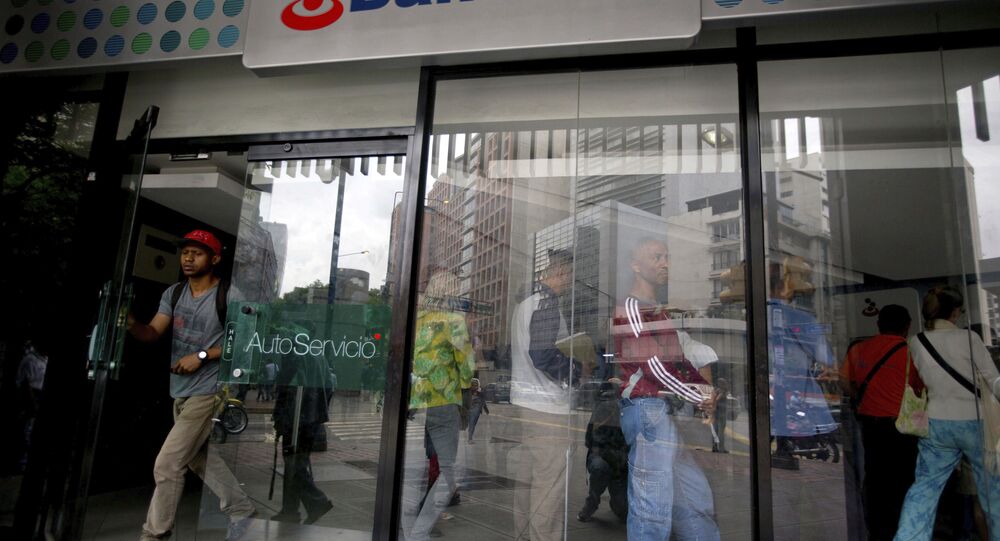 "To revoke the administration measure on taking under control Banesco Banco Universal C.A. as of 28 February 2019", the agency said in a statement on Friday.

The government introduced external administration of the bank in May after detaining eleven executives on suspicions of speculating on the exchange rate and smuggling money out of the country.

Venezuela’s authorities have been exerting strict control over financial operations in the country for years, which led to the establishment of a "black market" currency exchange rate, which is different from the official rate.

© REUTERS / Marco Bello
US Arming So-Called Liberation Army in Colombia to Invade Venezuela – Envoy to UN
Last August, Venezuela’s government-backed National Constituent Assembly adopted a bill revoking prosecution for currency exchange offenses. The law legalizes the use of foreign currencies inside Venezuela and re-introduces exchange offices which use the official exchange rate for their operations.

On Thursday, the country’s central bank opened two first exchange offices in Caracas. Notably, this de facto lifts the ban on the use of dollar in Venezuela.

Venezuela has been in a state of political and economic turmoil since late January when Juan Guaido, leader of the opposition-led Venezuelan National Assembly, proclaimed himself the interim president, contesting the results of the presidential election. A number of Venezuela's neighbors and the United States recognized Guaido instead of Maduro, but China, Russia, Mexico, Iran, Turkey and several others countries stressed that they continue to recognize constitutionally elected Maduro as the legitimate leader.