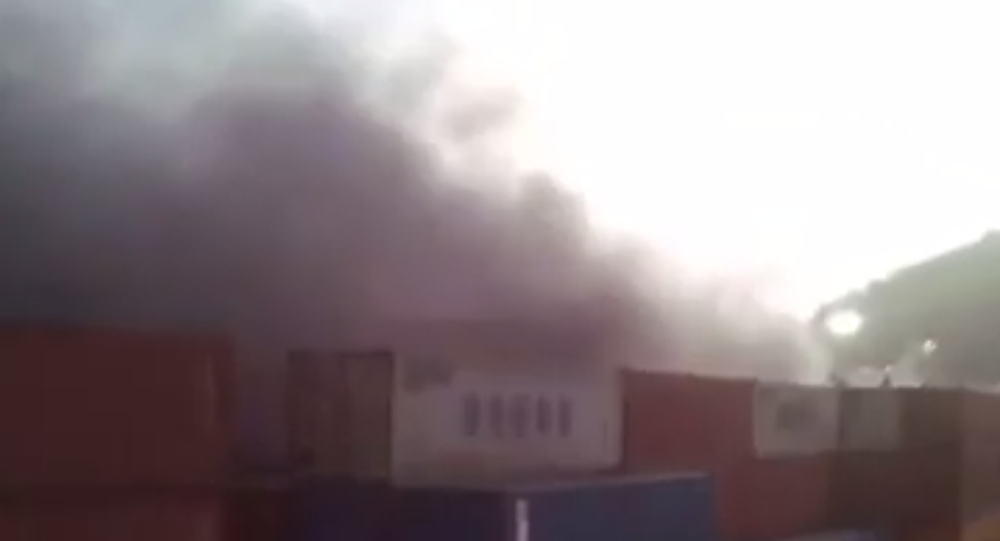 CARACAS (Sputnik) - Jorge Luis Garcia Carneiro, the governor of the Venezuelan state of Vargas, said on Wednesday, that the fire at a warehouse in Venezuela’s port city of La Guaira, where food is stored for distribution among the population in the framework of the government program, was a crime committed by terrorists.

© AP Photo / Seth Wenig
Weapons for Opposition May Be Purchased in Eastern Europe – Venezuela's FM
Maduro has repeatedly denied a humanitarian crisis in Venezuela and has banned foreign assistance which he sees as a prelude to invasion. He has also threatened to put Guaido, who he calls a US puppet, on trial once he returns to the country.