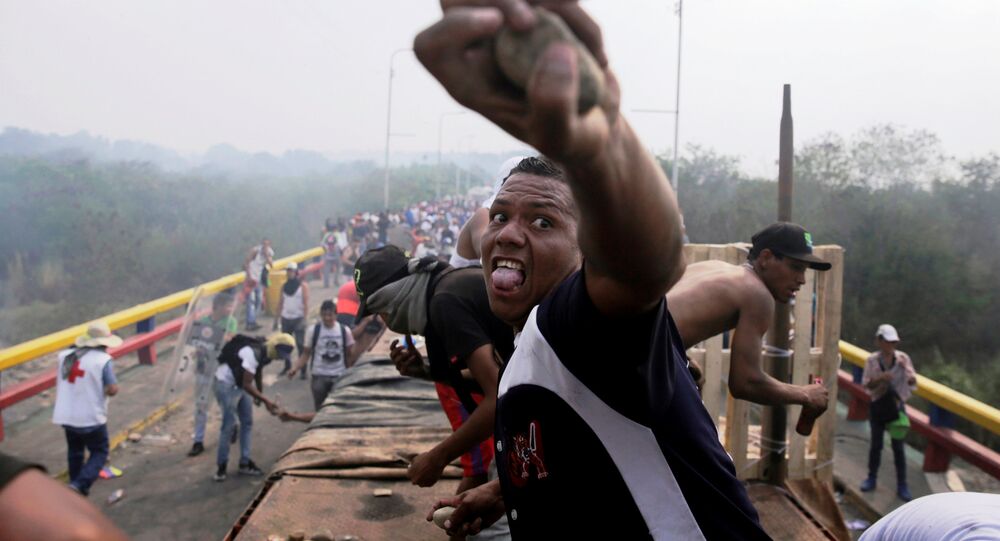 "We want to once more reiterate the invitation made by Venezuelan President Nicolas Maduro in November last year to UN High Commissioner for Human Rights Michelle Bachelet to visit Venezuela… to see the situation in Venezuela and consequences of the sanctions," the diplomat said.

© REUTERS / Ueslei Marcelino
US Issues New Venezuelan Sanctions, Adding 5 People to List - Treasury Dept.
Washington has already imposed numerous sanctions on Venezuela and has also seized the country's assets. On 1 November 2018, US President Donald Trump ordered sanctions on Venezuela's gold reserve. According to the US administration, Washington was seeking to prevent the Venezuelan authorities from plundering the country's property and harm Venezuela's infrastructure and environment.

On 28 January, the United States, which is supporting self-proclaimed Venezuelan president Juan Guaido, introduced sanctions against the Venezuelan state oil company PDVSA, has blocked its assets and interests, worth of $7 billion, amid the crisis in Venezuela. Washington also prohibited any deal with the Venezuelan oil giant.