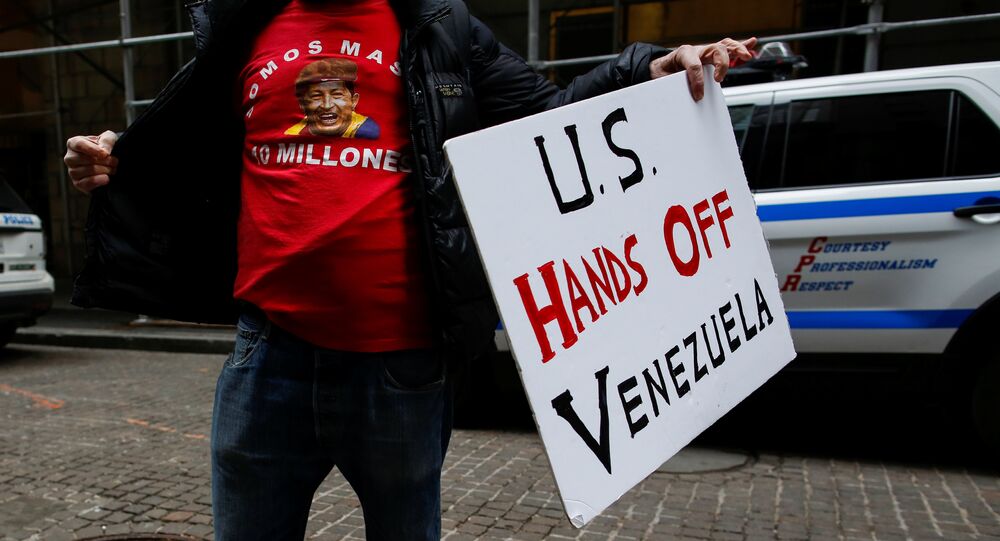 US Preparing for Military Incursion in Venezuela - Moscow

Russian Security Council Secretary Nikolai Patrushev said that the United States show “sarcasm and arrogance towards the Venezuelan people” while it imposes humanitarian aid that will be rejected.

Nikolai Patrushev stressed that the United States, deploying military forces to Puerto Rico and Colombia, is preparing an invasion of Venezuela to remove legally elected incumbent President Maduro from power.

READ MORE: Over 330 Protestors Injured in Clashes With Police on Venezuelan Borders — OAS

"By showing sarcasm and arrogance towards the Venezuelan people, the United States is preparing a military invasion on an independent state. The transfer of American special forces to Puerto Rico, the landing of US forces in Colombia and other facts clearly indicate that the Pentagon is reinforcing the grouping of troops in the region in order to overthrow the lawfully elected incumbent president (Nicolas) Maduro," Patrushev said.

As he explained, Venezuela refused to accept humanitarian aid imposed on it by the United States because it understands that Washington is preparing to overthrow the democratically elected president.

"And the Venezuelan people understand this well. Hence, such a reaction, the refusal to accept cargo from the aggressor country and the support of their president," Patrushev added.

Earlier, Juan Guaido escalated Venezuela's political crisis by declaring himself interim president, with US support. Nicolas Maduro, who was sworn in for his second presidential term on January 10 after winning the May election, which part of the opposition boycotted, qualified Guaido's move as an attempt to stage a coup orchestrated by Washington.