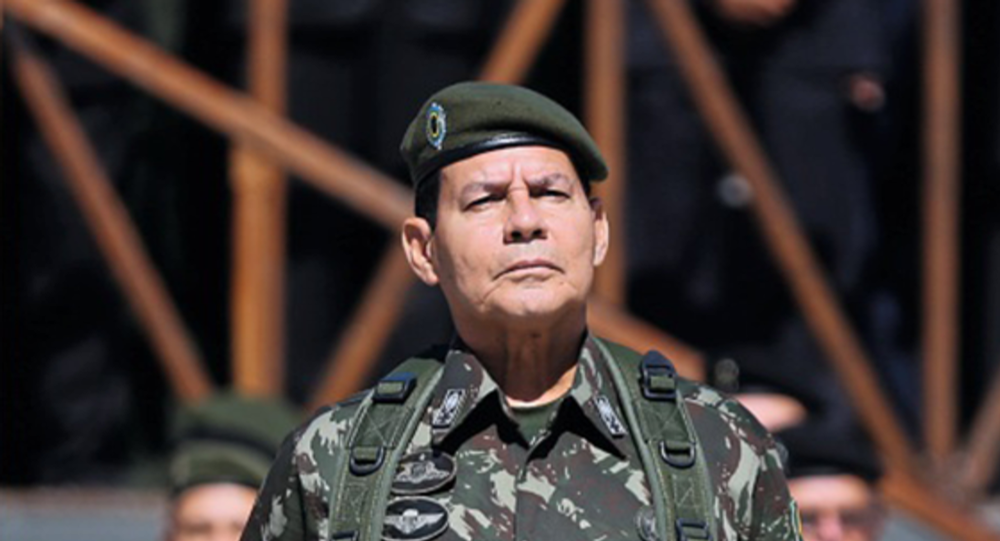 Brazil will not allow the United States to intervene military in Venezuela from its territory, Brazilian Vice President Hamilton Mourao said Monday in an interview with Globo News Broadcaster, cited by Reuters.

Speaking at the Lima group meeting in Bogota, Mourao, a retired general, said that Brazil will do all it can to avoid a conflict with neighboring Venezuela.

Meanwhile, the Brazilian National Public Security Force has expanded the security cordon in the border area with Venezuela to alleviate tensions following recent clashes, a Sputnik correspondent reported from the scene on Monday.

In the early hours of Sunday, a Sputnik correspondent reported that a group of activists supporting the Venezuelan opposition in Brazil had attacked the border checkpoint near the Brazilian city of Pacaraima, setting a Venezuelan National Guard vehicle on fire. The attackers also threw sticks and stones at Venezuelan soldiers, who responded with tear gas.

READ MORE: ‘We are Closer Now to US Military Intervention in Venezuela’ — Campaigner

© REUTERS / Carlos Garcia Rawlins
US Maintains Intense Pressure on Venezuela, Issues Fresh Sanctions on Country's Officials
The situation in crisis-torn Venezuela escalated on 23 January when opposition lawmaker Juan Guaido declared himself interim president, disputing last year's re-election of President Nicolas Maduro. Guaido was almost immediately recognized by the United States and its allies. Russia, China, Mexico, Iran and Turkey, among other nations, have voiced support for constitutionally elected Maduro, who, in turn, has accused Washington of orchestrating a coup.

On Sunday no new attempts were made to deliver humanitarian aid to Venezuela from Brazil after media reported that two trucks carrying 8 tonnes of humanitarian aid had arrived in Pacaraima on Venezuela's border the previous day.

Maduro refused to allow in unauthorized aid deliveries, calling them a ploy to support those who want to topple his government.

© REUTERS / Marco Bello
Possibility of Military Intervention in Venezuela Rising Every Day - Analyst
Venezuelan Vice President Delcy Rodriguez, in turn, recalled that under international humanitarian law, humanitarian aid is provided in the event of natural disasters, armed conflicts and war. According to Rodriguez, claims about the ongoing humanitarian crisis in the country are designed to justify the invasion of Venezuela, but the people will not allow this.

Moreover, the International Federation of Red Cross and Red Crescent Societies (IFRC) has urged people involved in humanitarian aid deliveries to Venezuela on the borders with Colombia and Brazil but not affiliated with their organization to refrain from wearing its emblems and thereby jeopardizing its neutrality. According to the organization, such people "might mean well but they risk jeopardizing our neutrality, impartiality & independence".